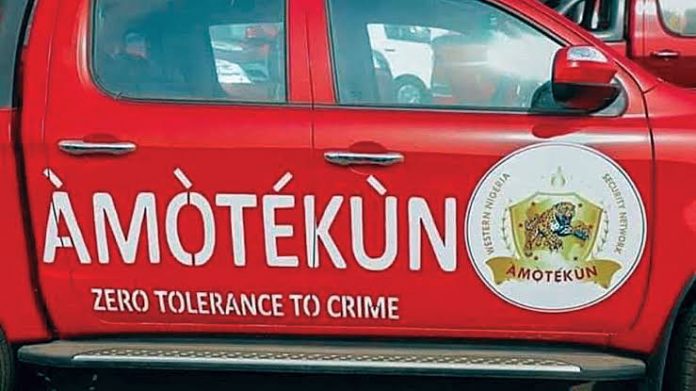 Officials of Ondo State Security Network codenamed Amotekun have arrested a group of kidnappers in Akure, the state capital.

Commander of the security network in the state, Adetunji Adeleye, disclosed that the suspects were apprehended after kidnapping three persons along Oda Road in Akure in a night operation.

The gang initially attempted to kidnap four persons but one of the individuals escaped, leaving three others behind.

Adeyeye said that Amotekun operatives rescued two persons on the night of the crime while subsequently arresting the suspects during ransom negotiations.

One of the kidnappers, who was also the group leader, confessed to beating and raping victims.

Items recovered from the kidnappers include a gun, cutlass, dagger and motorcycle.