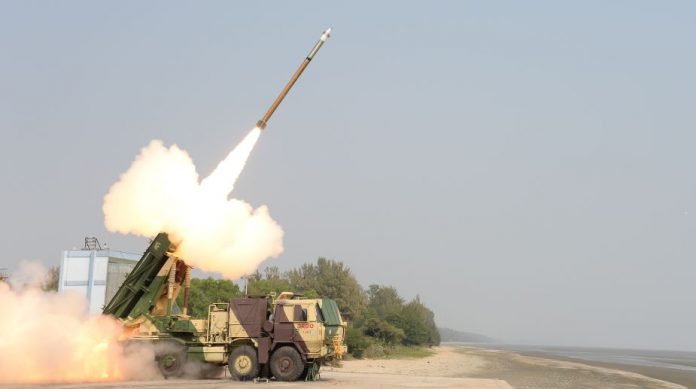 Hamas militants have fired a large barrage of rockets into Israel on Monday evening, setting off air raid sirens as far away as Jerusalem.

Hamas, a Palestinian Sunni-Islamic fundamentalist organisation, claimed to have set off the rockets in retaliation to the clash between Palestinians and Israeli police on Sunday.

The clash had seen hundreds of Palestinians injured as they celebrated the last Friday of the Ramadan month.

The Israeli Army has said there was an initial burst of seven rockets with one intercepted, and that rocket fire was still continuing in Southern Israel.

Gaza health officials have also reported that nine people including three children were killed in an explosion in Gaza Strip.

Israeli Army said an Israeli civilian in the country’s South suffered mild injuries when an anti-tank missile from Gaza struck a vehicle.

Abu Obeida, spokesperson for the military wing of Hamas, said the attack was a response to Israeli “crimes and aggression”.

“This is a message the enemy has to understand well,” he said.