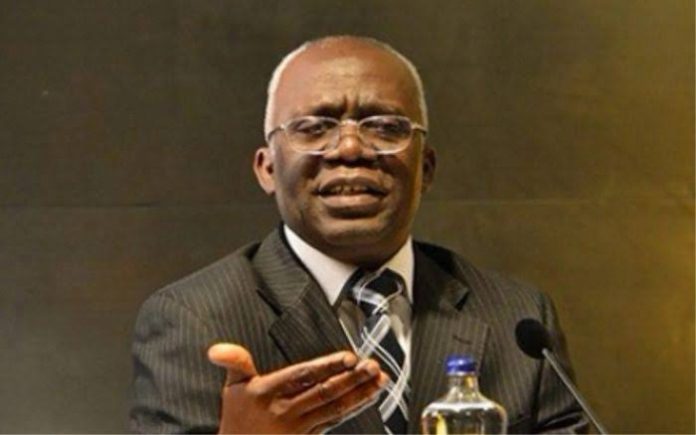 Senior Advocate of Nigeria, Femi Falana, has called on the National Assembly to impeach President Muhammadu Buhari, saying the country has gotten to a stage where the President should be impeached.
According to Falana, the Buhari-led administration has “outlived its usefulness” following the worsening insecurity across Nigeria.

Falana, who spoke on the sidelines of an event to mark World Press Freedom Day, said Nigeria was at war, as the current administration can no longer perform its function of securing lives and properties, The Gazette reports.

He noted that the country was plagued by security challenges such as banditry and mass abductions ravaging Northern Nigeria and the South-West as well as incessant attacks on security agencies by unknown gunmen in South-East and South-South.

He stated that the Boko Haram insurgents have taken over the North-East.

He said, “Our country is going through war. In the North-East the Boko Haram sect is having an upper hand, don’t be deceived.

A few weeks ago, it was gathered that Boko Haram militants had taken over communities in the Shiroro Local Government Area of Niger State, imposing VAT and income taxes on residents.

The state governor, Sani Bello, also announced the displacement of many residents by insurgents around Munya and Shiroro local government areas, stating that over 3,000 people have been displaced by Boko Haram’s activities.

Falana cited section 143 of the constitution which provides that “The President or Vice-President may be removed from office in accordance with the provisions of this section.”

He berated the current administration saying that “a regime that has outlived its usefulness boasts that no one can suggest that the president should resign.

“For them, it’s a reasonable statement to ask the president to resign. But for me I submit by virtue of section 143 and we didn’t put it. If the president is unable to perform the primary functions of his office, the National Assembly shall move for him and ensure that he is neatly taken away out power through the process of impeachment,” he said.

According to the lawyer, Nigeria has attained that stage because the government has failed in its primary duties.

“I think Nigeria has gotten to that stage because section 14 (2) (3) provides that the primary purpose of the government in Nigeria shall be the security and welfare of the people, so if the government can neither guarantee your security nor your welfare, what is left for that government to be sacked,” he said.

Meanwhile, Falana had once claimed that Buhari’s regime knows those that are breaching the peace of the country.

Insecurity has worsened under the president’s watch, a number of daily attacks leave Nigerians raising doubts if the retired major general is still in control of the country.