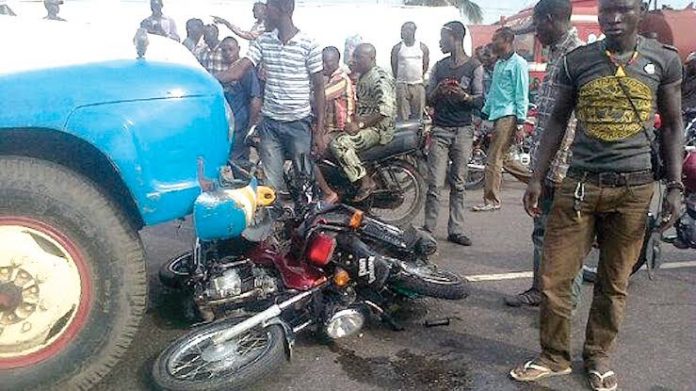 A bus driver has crushed three siblings to death in the Agege area of Lagos, causing pandemonium in the city.

Two of the victims reportedly died on the spot while the third victim died on the way to the hospital.

The fourth victim is said to be in a critical condition at an undisclosed hospital.

The driver of the bus was said to be heavily drunk and was speeding when the incident took place.

An eyewitness, who related the incident to Daily Trust, said it was a gory scene on the narrow road around Alfa Nla in Oniwaya, Agege.

Angry residents were said to have descended on the driver whom they nearly killed.

Operatives of the Rapid Response Squad unit of the state police command eventually rescued him.

The mob shattered the windscreens and the glasses of the bus which they wanted to set ablaze but were prevented by the police.