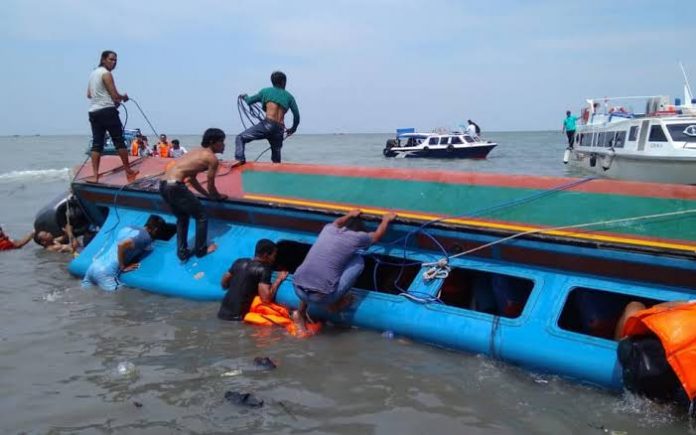 The boat ferrying 100 local traders split into two after hitting a stump during a windstorm as they were returning from a market on Saturday, said Ibrahim Audu Hussein, spokesperson for Niger State Emergency Agency.

“So far 30 bodies have been recovered and five are still missing,” Hussein said on the accident that occurred at Tijana Village in Munya district.

“Sixty-five passengers were rescued with the help of local divers,” he added.

Heavy rains were hampering the search but divers were “braving the odds”, Husseini disclosed.

Boat accidents are common in Nigerian waterways because of overcrowding and lack of maintenance, particularly in the annual rainy season.