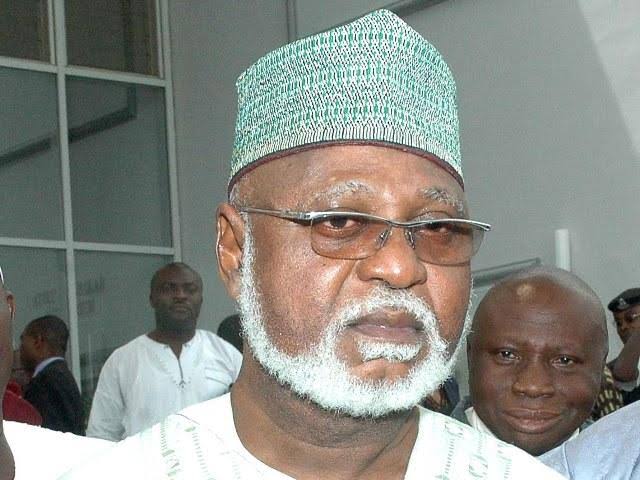 A former Head of State, General Abdulsalami Abubakar (retd), has denied having any link with armed bandits and any other terrorists group in Niger State, describing reports linking him with their activities as “false, unfounded” and fake news.

According to a statement signed by his media aide, Dr Yakubu Suleiman, Abdulsalami alleged that some selected online media had linked him to a purported arrested helicopter supplying food and weapons to bandits in parts of the state.

He disassociated himself from such “a heinous crime that is unbecoming of any patriotic citizen”, stressing that ordinarily, he would have ignored such spurious reports but has to set the record straight.

“This kind of fake news has the potential of aggravating the already tense security situation in the country and should not be condoned,” he said.

He, however, expressed regret how individuals could peddle such news and smear the image and character of people, adding that “I urge Nigerians to ignore such treacherous acts and to be careful with the kind of information they dish out and share on social media”.

He also urged Nigerians to continue to work and pray for enduring peace in Nigeria, saying that no country could attain greatness without peace and security of lives and property.