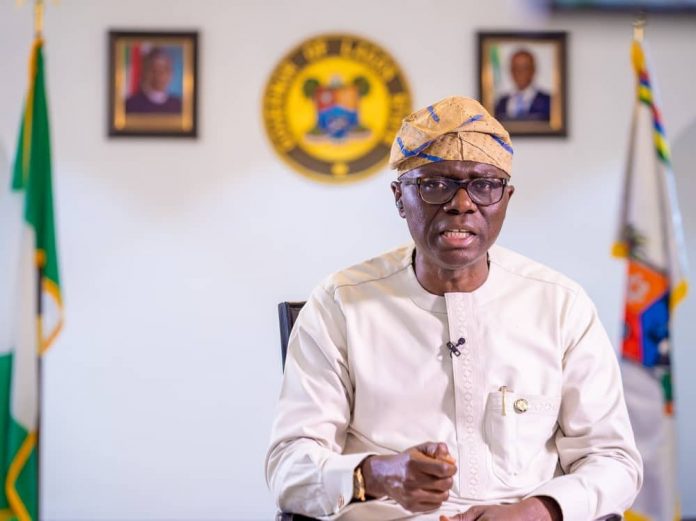 Lagos State Governor, Mr. Babajide Sanwo-Olu, on Monday, received the report of the six-member special visitation panel on the appointment of the 9th substantive Vice-Chancellor (VC) of the Lagos State University (LASU).

The panel, chaired by a  former VC of the Obafemi Awolowo University (OAU), Ile-Ife, Prof. Bamitale Omole, turned in three volumes of report to the Governor – the Visitor to the university – 37 days after it was constituted to examine if the extant laws of the university and other relevant guidelines were followed in the process of appointing new VC.

Sanwo-Olu said he was elated by the timely submission of the panel’s recommendations, saying the feat demonstrated members’ competency, selflessness, and hard work put into  the task. He expressed hope that the report would enable the government to  achieve a peaceful transition and foster peaceful industrial relations in the school.

The goernor pledged his commitment to give all stakeholders a level playing field  and equal opportunity, noting that the panel was raised in the overall interest of students and image of the institution.

He said, “Today, I received reports of the special visitation panel on the Vice Chancellorship of LASU, which looked into the issues surrounding the appointment of the 9th Vice Chancellor, especially the remote causes of the impasse into the selection process and procedures for the  appointment.

“This effort is geared towards ensuring that there is equality, fairness, transparency, openness and level playing field  for all in the process of selection and to ensure that the best and the most qualified person that will drive the established vision of the school’s founding fathers emerges at the end of the process.

“I thank the chairman of the special visitation panel, Prof. Bamitale Omole, and all other members of the panel for the sacrifice, selflessness and inconveniences they had to bear in the course of the task. Report of this panel will be well utilised and its recommendations will be fully implemented in the appointment of the 9th Vice Chancellor of LASU.”

Special Adviser to the Governor on Education, Hon. Tokunbo Wahab, said the panel was constituted in accordance with the provisions of Section 23 of the Lagos State University Law, Chapter L 69, Volume 7, Laws of Lagos State, 2015.

The panel, he said, was charged to look to review, in the public interest, the relevance of the deluge of petitions against the first and second selection processes for the appointment of substantive VC and   to examine if the extant laws of the university and other relevant guidelines were followed in the appointment.

Wahab added that the panel was also asked to review and advise on all other relevant matters in respect of the process adopted so far, and make recommendations for the smooth running of the university.

Presenting the report, Prof. Omole said, “Without a scintilla of equivocation in our findings, observations and recommendations are based on the memoranda submitted to us, the face-to-face interactions and interviews that we had with many of the people who held opposing and disparate position on the matter of the appointment of the 9th VC.

“Individuals, groups, associations, unions, guild, the academia and traditional rulers who submitted memoranda were given ample opportunities to present their submissions. The documents we are submitting to the Visitor of the university are final products of the careful and punctilious exercise for official consideration.”