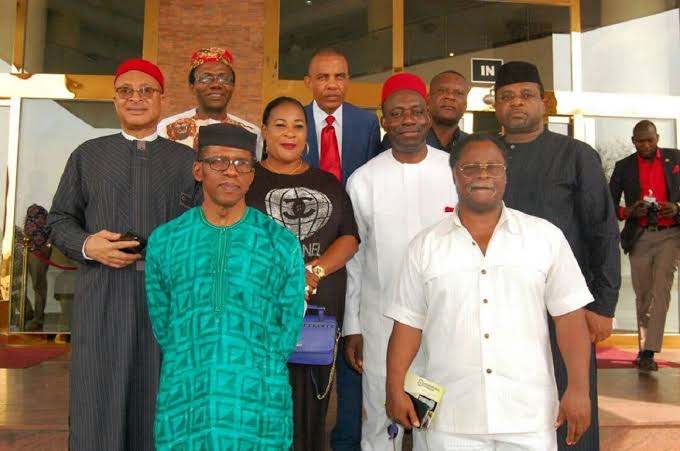 A think-tank of Igbo intellectuals and professionals, Nzuko Umunna, on Tuesday wrote an open letter to the Chief of Army Staff, Lt. Gen. Ibrahim Attahiru, over the alleged shoot-on-sight order against Igbo youth to soldiers in the South-East and South-South.

It said such an order amounts to a declaration of war on Ndigbo if it was true.

The letter was signed on behalf of the group by Dr N Odumuko and Dr P. Mbanefo.

The letter was copied to the Chief of Defence Staff, Minister of Defence, Chief of Staff to the President, United Nations Agency on Human Rights, Human Rights International and United State’s Embassy in Nigeria.

It read in part, “We feel duty-bound to inform you that there is palpable fear over a ‘shoot-on-sight directive reportedly given to army troops in the South East in recent days, a scheme for which new batches of men were moved over the weekend.

“A shoot-on-sight directive is tantamount to an order to extra-judicially exterminate innocent citizens as there is no telling who might be part of the collateral, unintended casualties. Throughout history, such military strategies or policies have always run the risk of going contrary to all accepted conventions and protocols on the rules of engagement, particularly the Rome Statutes

“In fact, it can be read as genocide whereas in this case, there is a clear and evident danger of such action resulting in high casualties.

“If the speculation of a shoot-on-sight order were to bear any atom of truth, then it amounts to a declaration of war on the area. However, even if, for any reason, the Federal Government is minded to declare war on the South-East or a part of it, there are standard international conventions and protocols that must be observed.

“One of such is the requirement to publicly and unambiguously declare that a war situation has arisen in such a place so that those who wish to, especially the civilians and innocent citizens, can withdraw from such a place. That has not been done.

“But it is our well-considered contention that there does not exist in the South-East of Nigeria any peculiar situation which does not exist in even worse forms in other parts of the country to warrant or justify such a shoot-on-sight order.”