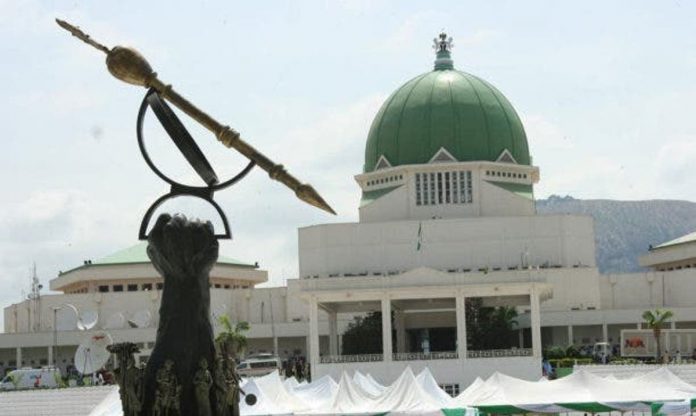 Yoruba socio-political group, Afenifere, on Friday said it cannot trust the National Assembly to champion its call for restructuring of the country.

Leader of the group, Pa Ayo Adebanjo, said this at the general meeting of the group held at his Ijebu-Ogbo home town in Ogun State.

“We do not believe in the National Assembly which is a product of this fraudulent constitution to amend the constitution.

“It is immoral and illogical for a product of fraud to amend the fraud,” the group insisted.

In a communique issued after the meeting, Afenifere backed Southern governors’ position on a ban of open grazing and call for restructuring.

“Afenifere is in total support of the decision of governors of the 17 states in Nigeria banning open grazing of livestock in any of the states that they control.

“Afenifere felt that although the declaration by the governors ought to have come long before now, given the atrocities that have arisen from open grazing, it is better late than never,” it read.

Afenifere added that it “is delighted to note that ‘restructuring’ as a workable recipe for stopping Nigeria from falling apart, is becoming more popular and winning converts on a daily basis.

“We are delighted because ‘restructuring’ is something we have been advocating for a long time.”

It also renewed its call for President Muhammadu Buhari’s resignation, saying he had no clue of Nigeria’s problems.

The group equally noted that if Buhari failed to quit, he would “plunge the country into a crisis which nobody can foretell its end.”

At the meeting, which attracted delegates of Afenifere from across the country, Adebanjo was unveiled as the new leader of the group after a caucus meeting and a general assembly.

Arising from the meeting, Adebanjo declared that Buhari had failed woefully and had no clue to the problems facing the country.

Flanked by the Deputy Leader, Oba Olaitan Alaago and the General Secretary, Chief Sola Ebiseni, the Afenifere leader maintained that the group was not clamouring for secession, but true federalism through the restructuring of the country.

He maintained that it was mischievous for the Presidency to accuse advocates of restructuring as secessionists and separatists.

Adebanjo said, “I assert General Buhari has failed woefully, he has no clue to the problems facing Nigeria. He should go now before he plunged the country into a crisis the end of which nobody can foretell.

“Our resolve for the restructuring of the country back to federalism is unshakeable.

“The clamour for the return of the country to federalism is born out of the obnoxious provision in the constitution which has made economic and political progress impossible and this has been the main cause of instability in the country.”