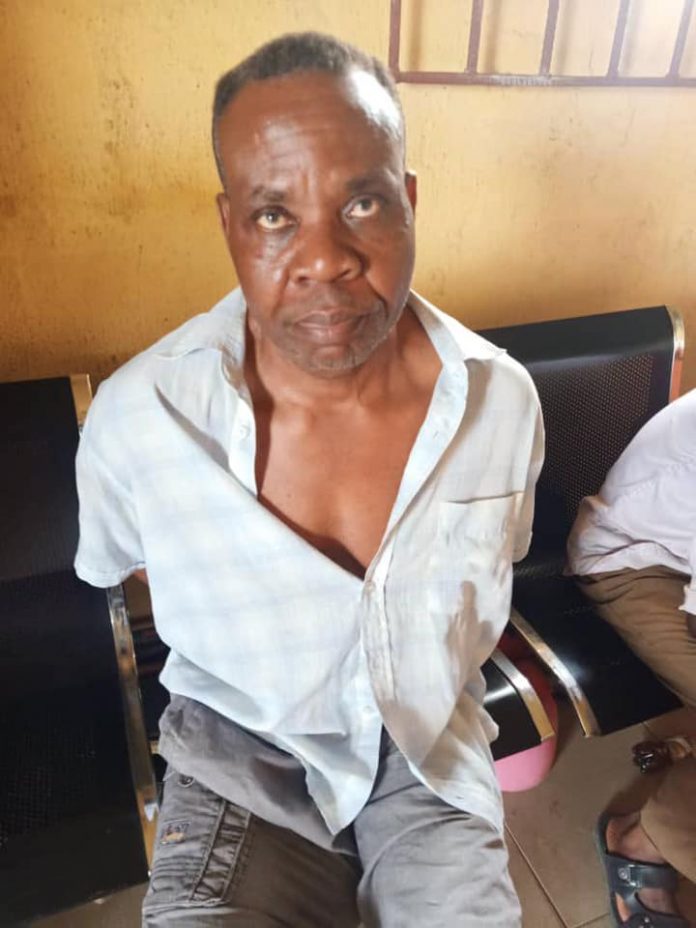 Leader of the Indigenous People of Biafra, Nnamdi Kanu, has faulted the Nigerian Army for claiming to have arrested a deputy commander of his Eastern Security Network.

The Director, Army Public Relations, Brigadier General Mohammed Yerima, had on May 12, 2021, announced that the force arrested one Awurum Eze, a native of Umoneke Nta, Isiala-Mbano LGA, Imo State.

Yerima described the 48-year-old suspect as the second in command to ESN leader, Ikonso, who was recently neutralised by the army.

In a statement, he said, “Eze had on the 4th of May 2021 escaped when operatives of Intelligence Response Team (IRT) stormed his village house in Isiala Mbano where he was hiding.

“Intensive manhunt was thereafter launched towards tracing and arresting him. He was eventually apprehended on Wednesday, 12 May 2021, in Aba after weeks of unrelenting follow-ups by operatives.”

He also shared photos showing Eze standing beside Kanu and other persons.

Reacting, Kanu shared photos showing him with prominent South-East leaders and wondered if they could also be labelled ESN deputy commanders just because of the photo they took with him.

He tweeted, “Since standing beside or taking a photo with me makes you an #ESN “deputy commander”, perhaps the very preeminent and foremost constitutional lawyer, Prof. Nwabueze, @DaveUmahi, & Gov. Ugwuanyi are all #ESN deputy commanders. @HQNigerianArmy exhibiting their usual idiocy. #ZOO.