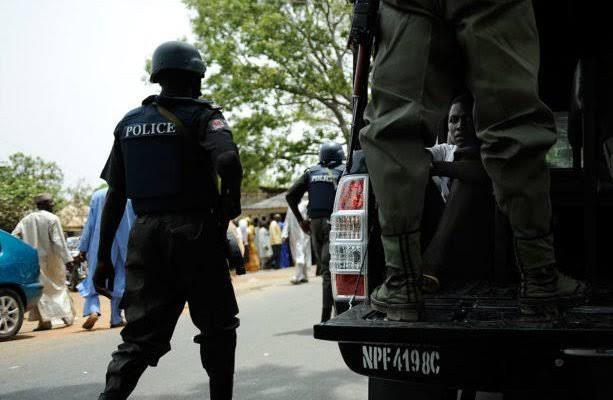 The police in Imo State on Saturday said that it arrested six suspected members of the proscribed Indigenous People of Biafra and Eastern Security Network who allegedly killed a police sergeant, Joseph Nwaka, and snatched his AK 47 service rifle.

The state Commissioner of Police, Abutu Yaro, said that the breakthrough was part of the command’s commitment under his leadership to make sure that the state was rid off crimes.

He narrated that the arrest of one Onyekachi Mmadufor on May 13, was the lead that ensured the arrest of five other members of the gang the flowing day in Amanato in the Isu Local Government Area of the state.

The CP disclosed that four locally fabricated weapons, six live cartridges and large quantity of weeds suspected to be Indian hemp were recovered from the suspects after the operatives of the command overpowered them during a gun duel.

Yaro said, “The crime prevention and control strategies adopted by the Imo State Police Command under my watch to rid Imo State of activities of the proscribed IPOB/ESN and other criminal elements are yielding positive results.

“On interrogation, the suspect confessed to be a member of IPOB /ESN who conspired with other members of their syndicate to carry out attacks and killings of police personnel and other security operatives. The recent atrocity was the murder of one Sergeant Joseph Nwaka attached to Department of Operations of the command where his AK 47 rifle was collected.As a follow-up, r“The operatives successfully repelled and dislodged them. As a result of the encounter, Five suspects were arrested at the scene, while others escaped with a possible gun shot wounds.

“In the course of mopping up the scene, Four locally fabricated weapons, Six Live Cartridges and large Quantity of weeds suspected to be Indian hemp were recovered.

“A discreet investigation is in progress with a view to effecting further arrest after which they will be charged to court for prosecution.”