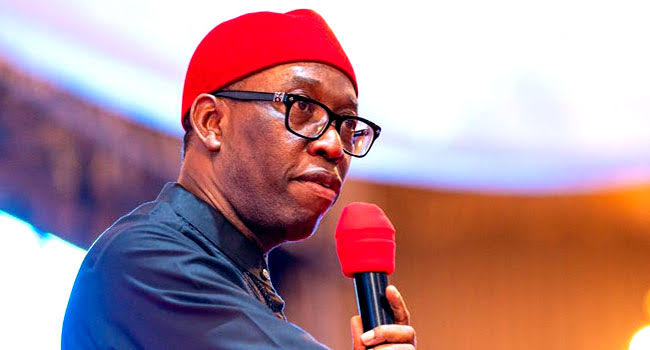 Governor of Delta State, Ifeanyi Okowa, has said that the decision of Southern governors to ban open grazing and call for restructuring was a step towards restrengthening Nigeria’s unity.

The governor said this at an event in Asaba, Delta State capital.

Recall that Southern governors had met on Tuesday in Delta to discuss among other issues the farmer-herder crisis in the Southern region of the country.

Okowa said, “We thank all our brothers in the south for coming together to speak for our people. The things that we’ve said are not new. It’s just the voice of our people that we have continued to echo.

“But unfortunately, I read in the papers that somebody says we ought not to talk about certain things, being elected people. If the voice of your people has been heard madly and they’ve continued to talk, and you are an elected person, and you shy away from giving further voice to their voices, then you ought not to be in the position that you occupy.

“We reaffirmed that as a people, as elected governors, we believe in the unity of our country. But we also went forth to advance the need for certain things to be done in order to give strength to that unity. That cannot be a reason for us to be vilified, obviously not.