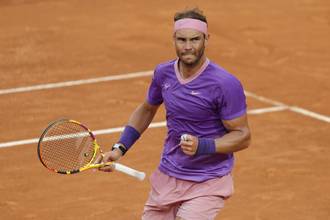 Rafa Nadal has defeated world number one, Novak Djokovic, in a 7-5 1-6 6-3 win on Sunday to extend his existing Italian Open title record to 10 titles.

This was the pair’s 57th matchup and their ninth in Rome. 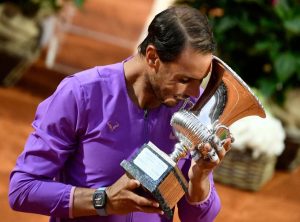 Nadal took the lead in a tight opening set, which ended 6-5, before staving off a late comeback attempt from Djokovic to take an early advantage in the contest. Djokovic again attempted to come level but was eventually seen off by Djokovic.

Nadal, who is often called the King of Clay for his prowess on the terrain, expressed relief after his victory.

“I think I played a good tournament. I have been playing better and better, finding my rhythm on clay. I had a very positive week, and I’m very happy.

“It’s amazing to have this trophy in my hands for the 10th time. It’s something impossible to imagine, but it happened, so I’m super happy and can’t thank my team enough,” he said.