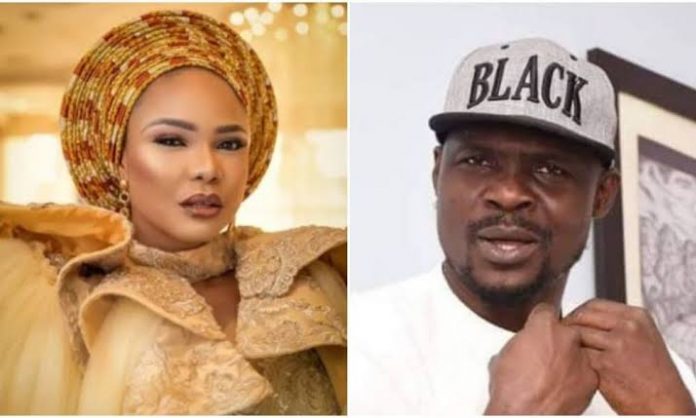 Nollywood actress, Iyabo Ojo, has vowed not to give up on her quest to get justice for a 14-year-old girl allegedly molested sexually by comic actor, Olanrewaju James a.k.a Baba Ijesha.
Iyabo Ojo said this while reacting to the bail granted to Baba Ijesha by the Lagos State Police Command.
Baba Ijesha was granted bail by the police on Monday after being in detention for weeks for the alleged.
According to his lawyer, Adesina Ogunlana, Baba Ijesha was granted administrative bail by the police in the sum of N500,000 with two sureties.
“The terms of the bail include two reliable sureties- a blood relation and a level 10 civil servant,” he said.
Baba Ijesha’s bail news generated mockery on Iyabo Ojo by online trolls.
Reacting in a video shared on Twitter, the actress slammed Nigerians, claiming the citizens are the problem of the country and not the government.
She said, “I used to think the government was our problem. I have come to understand that we are our own problem not the government.
“The way we are wired, the way we think, it’s always all about us. Oh! She is not your child, why are pained about it? That’s the same problem we have in Nigeria.
“When someone like that gets to a place of power, they think about themselves and their people.
“We are the problem of Nigeria, the day we begin to take up issues that do not concern us and treat it like it is our own problem, Nigeria will begin to get better.
“I am that mother that will stand for that girl till the end. I am not backing down, justice will be served, thank you.”