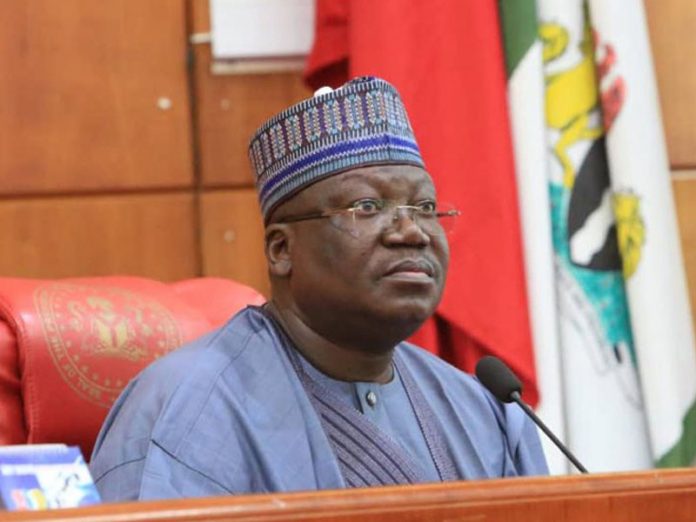 The Senate has called on the Federal Government to, as a matter of urgency, set up a committee to rescue communities in Ondo State affected by ocean surge.

The upper chamber made the call in a resolution reached on Tuesday after it considered a motion titled, “Another Cry to Rescue Ayetoro Community in Ondo State From Continuous Ocean Surge”.

Coming under Order 42 and 52 of the Senate Standing Rules, Tofowomo recalled that on  November 25, 2020, he had moved a motion drawing the attention of the Senate and the Federal Government to the plight of Ayetoro community, following an ocean disaster which destroyed 300 houses.

According to the lawmaker, three resolutions were reached by the upper chamber, all of which were not executed.

He said,“On the 25th day of November 2020. I moved a motion on Ayetoro Community, Ondo state for suffering a severe Ocean disaster which has destroyed over 300 houses and swept away fishing tools making Ayetoro floating city a disaster.

“Three resolutions were made which are as follows; Urge the Niger Delta Development Commission (NDDC) and Ondo State Government to respond and assist victims in the community as well as develop a master plan that includes building of ocean barriers to control flooding and ocean surge in the region;

“Urge the Nigeria Maritime, Administration and Safety Agency (NIMASA) to visit Ayetoro to ascertain the level of destruction in the community with a view to proffer solution to prevent future occurrence; and

“Urge Oil Producing Companies to assist the community in re-building some of the infrastructure destroyed by the surge.”

READ ALSO: Abiodun suspends aide accused of fraud in US

Tofomowo added,“Mr. President, Distinguished Colleagues, I am very angry and disturbed that Ayetoro floating city has been abandoned since November 2020 and none of the resolutions was executed.

“The question now is, who is going to assist the Community? I am now appealing to federal government to please come to Ayetoro’s rescue by setting up a rescue committee that will Include Niger Delta Development Commission (NDDC), Ondo state Government, Nigeria Maritime, Administration and Safety Agency (NIMASA) and the Oil companies within the region without delay.”

The Senate, after consideration of the motion, accordingly urged the Federal Government to setup a rescue committee that would include the Niger Delta Development Commission (NDDC), Ondo State Government, Nigeria Maritime, Administration and Safety Agency (NIMASA), Consolidated Oil, Chevron Oil and Cavendish Oil.