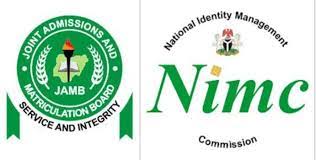 Candidates, however, lamented that the NIN requirement have added to their registration predicament as many said they were forced to go through difficulties like extortion, long queues in scorching weather, and other unwholesome practices to enable them register.

The Red Chamber therefore asked the Ministry of Education, JAMB and the National Identity Management Commission to review the policy with a view to extending the UTME registration deadline and requirements until there is a seamless and well-organised process for obtaining the NIN.

The Senate also urged the Federal Ministry of Education and NIMC to introduce and streamline a simple and decentralised NIN registration process where students would be able to obtain their NIN in their various accredited school premises.

The resolutions were sequel to a motion by Senator Ifeanyi Uba (YPP, Anambra).

Senator Uche Lilian Ekwunife (PDP, Anambra), while supporting the motion, said there was still lack of awareness on NIN at the grassroots, secondary schools and universities, as many students were unaware that the national identification number was a requirement for exam registration.

The lawmaker, therefore, urged schools to ensure that NIN was not made compulsory for participation in any exam.