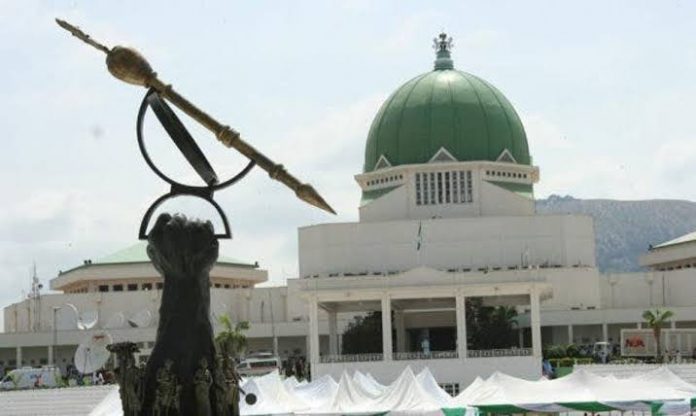 President of the Senate, Ahmad Lawan, has said that the National Assembly holds no predetermined position on any issue of interest to Nigerians ahead of moves to amend the 1999 Constitution.

Lawan made this known during plenary on Tuesday, in his remarks after reading a letter signed by the Chairman of the Constitution Review Committee, Senator Ovie Omo-Agege, to announce the chairmanship composition to oversee a two-day public hearing across the six geo-political zones on proposals to alter the provisions of the 1999 constitution.

According to Lawan, the exercise will avail Nigerians the opportunity to make submissions on any issue of interest, adding that the National Assembly on its part,will  prioritize such issues to enhance the welfare and security of citizens.

He said, “Distinguished colleagues, this is a very important exercise for our country, and I’ll take this opportunity to appeal to all Nigerians who have one issue or the other  that they think the Constitution review of the Senate should know and take note and address.

“It’s an opportunity to go to the Centre nearest to you. We are open, we are plain, we don’t have any preconceived or predetermined position on anything.

“The numerous issues that Nigerians feel should be addressed to make Nigeria better, to make citizens secure, and enhance the welfare of our people are topmost in our consideration.

“Because of this so important assignment, by this very important Committee of the Senate, the Senate will suspend plenary throughout next week.

“This is to enable not only the committee members, but the rest of us who are not even members of the Constitution Review Committee to participate in the exercise.

“Once again, we wish our committee on the review of the constitution the best of outing, and Nigerians should take every possible opportunity to be there to present whatever they feel strongly about on how this country could be better. [And] we are welcoming every suggestion and issue.”

The zonal public hearing on proposals to alter the provisions of the 1999 constitution, according to the Senate President, will commence next week and is scheduled to hold in two Centres in each of the six Geo-political zones in the country, from Wednesday 26th to Thursday 27th of May, 2021.

The North-East Centre, which is split into the Bauchi Centre (Bauchi, Yobe and Borno); and Gombe Centre (Gombe, Taraba and Adamawa) are to be chaired by Senators Abubakar Kyari and Mohammed Danjuma Goje.

In the North-West, the Kaduna Centre which covers Kaduna, Kano, Jigawa and Katsina States, has as its Chairman, Senator Kabiru Gaya; and the Sokoto Centre covering Sokoto, Kebbi and Zamfara States, to be chaired by Senator Muhammed Aliero.

Senator Orji Uzor Kalu, is expected to chair the Owerri Centre which covers Imo and Abia States, while the second centre in Enugu to cover Enugu, Ebonyi and Anambra states under the South-East Geo-political zone would be chaired by Senator Ike Ekweremadu.

In the South-South Zone, the Asaba Centre which caters for Delta, Edo and Bayelsa states has as its Chairman, Senator James Manager; while the Port Harcourt Centre covering Rivers, Cross River and Akwa-Ibom states would be chaired by Senator Betty Apiafi.

Additionally, the South-West zone has the Lagos Centre (to cover Lagos, Oyo and Ogun states); and the Akure Centre which caters for Ondo, Osun and Ekiti states.

Both Centres are to be chaired by Senators Oluremi Tinubu and Ajayi Boroffice.