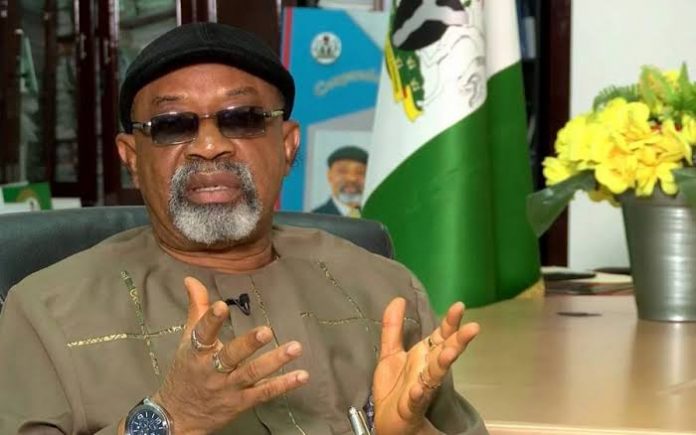 The Federal Government says it is hopeful the week-long consultations with stakeholders will end the strike by the  Judicial Staff Union of Nigeria (JUSUN) and  Parliamentary Staff Association of Nigeria (PASAN) when conciliation resumes  on Thursday.

The Minister of Labour and Employment, Sen. Chris Ngige, said this in a statement signed by Mr Charles Akpan, Deputy Director, Press and Public Relations in the ministry in Abuja.

”The Federal Government  is hopeful that the unions would call off their strike for peace to l reign  in the states.

”We are confident that a week-long fruitful consultations with all the critical stakeholders would end the ongoing strike.

”We held consummate consultations with stakeholders alongside the Secretary of the Presidential Implementation Committee on Autonomy of the Judiciary and State legislature, Sen. Eta Enang,” he said.

”We have deepened the discussion with a meeting with the Chief Justice of Nigeria and the President of the Court of Appeal and other judges who are heads of courts.

”That is the President of the Federal High Court , President of the National Industrial Court of Nigeria and we looked at the positions canvassed by each of the components —judiciary , legislature and the governors forum.

“At the moment, we have distilled on a holistic basis, what this ministry regards as a conciliatory cocktail position – a mix of ideas from all sides , of constitutional positions  and even part of Presidential Executive Order No.10.

“We have come out with a position and given same to all sides, including the body of Chief Judges of States through their representatives, the chief Judge of Bayelsa as proposals to study and come back.

”It contains the positions which each group proposed and which in our joint committee, in our wisdom, we felt was necessary to make for the independence- fund wise of the state judiciary and legislature without breaching the constitution of the Federal Republic of Nigeria .

“We have done something that will make the state legislature, judiciary and even the NJC operate optimally,” he said.

”So that they will open our courts and the state assemblies, so that even the state laws contained in the MOU will be enacted as soon as possible, within the 48 days execution period allowed the states to formalise it, “he said.

The News Agency of Nigeria(NAN) reports that JUSUN began a nationwide strike on Tuesday, April 6, when the union directed all its members across the federation to shut down all courts after the expiration of the 21-day ultimatum earlier given over the failure of the government to implement the law recognising financial autonomy for the judiciary.

However on May 6, after a conciliation meeting between the government negotiating team with JUSUN and the Parliamentary Staff Association of Nigeria (PASAN), Dr Ngige had expressed optimism that the workers’ union would soon call off the strike.

NAN also reports that President Muhammadu Buhari had, on May 22, 2020, signed into law an Executive Order granting financial autonomy to the legislature and the judiciary across the 36 states of the federation.

The Executive Order No. 10 of 2020 made it mandatory for all states to include the allocations of both the legislature and the judiciary in the first-line charge of their budgets.

The order also mandates the accountant general of the federation to deduct from source amount due to the state legislatures and judiciaries from the monthly allocation to each state, for states that refuse to grant such autonomy. (NAN)