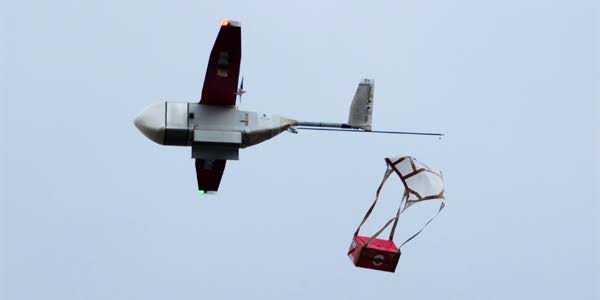 Kaduna and Cross River states have agreements  with Zipline International Inc. to use drones to distribute Covid-19 vaccines to hard-to-reach and conflict-ridden rural areas.

Zipline, which is based in San Francisco, is completing the construction of hubs and distribution centers, as well as obtaining the approval of regulators to operate in the states of Cross River and Kaduna with a target to make the first deliveries within three months.

Along with a decrepit road network across Nigeria’s countryside, “rising insecurity also means that traveling or moving medical products can be very challenging,” Daniel Marfo, a senior vice president at Zipline Africa, said in an interview.

Bloomberg reports that Nigeria has administered just under half of the four million AstraZeneca Plc doses that it received in March, lagging behind a target to vaccinate 70% of its citizens above the age of 18 by next year.
President Muhammadu Buhari’s administration is attempting to procure more shots to bridge that gulf and is budgeting to acquire nearly 30 million doses of the Johnson and Johnson inoculation through the African Vaccine Acquisition Trust led by the African Export-Import Bank.
Cross River State plans to vaccinate more than 3 million people, but can’t accomplish that in “over 423 hard-to-reach communities,” without drones, Betta Edu, the state’s commissioner for health, said in a separate interview. The drones will help the state reach areas in less than 30 minutes that would have taken about 2 to 3 days by car, she said.

In northern Kaduna, Zipline will use drones to deliver shots to “more than 1,000 health facilities serving millions of people,” the state government said in an emailed statement.

Zipline’s drones can carry 1.8 kilogrammes (3.97 pounds) of cargo, cruising at 110 kilometers (68 miles) an hour and have a round trip range of 160 kilometers, even in high speed winds and rain, according to Marfo.

The company, which currently operates in Rwanda and Ghana on the continent, plans to expand to about six more African countries in the next two years, including Uganda, Kenya, South Africa, Benin and Morocco, Marfo said, adding that it would probably operate in eight Nigerian states during that period.

“We are very concerned about the hardest to reach and the poorest places,” he said. “We’ll continue to focus our expansion in Africa and South America and part of southeast Asia primarily.”