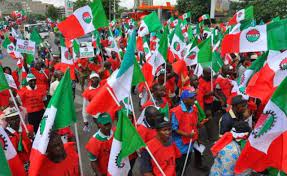 The Nigeria Labour Congress has suspended its warning strike in Kaduna State after Minister of Labour and Employment, Chris Ngige, waded into the face-off with the state government.
The NLC President, Ayuba Wabba, announced that their decision to suspend the strike was to honour the invitation of the Federal Government on Thursday to mediate in the dispute between labour and the Kaduna State Government.
Ngige had directed the two parties to maintain status quo pending the resolution of the issues in contention.
“I am therefore constrained in the exercise of my powers as Minister of Labour and Employment, under the Trade Disputes Act, CAP. T8, Laws of Federation of Nigeria (LFN) 2004; to invite you and your top officials to the emergency trade dispute conciliation meeting,” Ngige said.