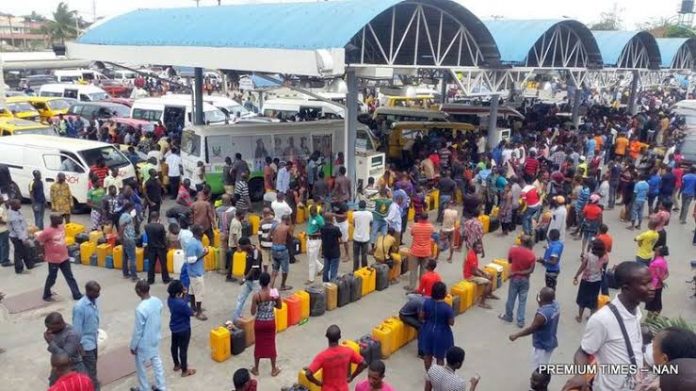 By Henry Okonkwo
Nigerians are facing a looming nationwide blackout and fuel scarcity following threats by electricity workers to switch off the national power grid and plans by the
Nigerian Union of Petroleum and Natural Gas to embark on a nationwide strike over attack on Nigeria Labour Congress protesters in Kaduna.
Minister of Labour and Employment, Chris Ngige, warned about the planned nationwide blackout in a statement on Tuesday by his spokesperson, Charles Akpan.
Ngige said he had received information that workers in the power sector want to trigger a nationwide blackout in solidarity with their colleagues in Kaduna State.
“We have it on good authority, following complaints by the Minister of Power that workers have threatened to trigger a nationwide blackout by interfering or switching off the national grid,” Ngige said.
NUPENG warned of a strike action on Tuesday if the situation persists.
READ MORE: Two INEC offices set ablaze in Ebonyi
In a statement by NUPENG’s National President, Williams Akporeha, the union members were asked to be on the alert as they could be told to shut their services “at very short notice if situation arises”.
It read partly, “Our union is raising this alarm following the very reliable report of the clandestine move of Governor Nasir el-RUfai to hurt and put the lives of NLC President, Comrade Ayuba Wabba, and other Labour leaders in danger in his usual blind egotistical style of running government in the state.
“NUPENG therefore warns that if any harm is inflicted on any of the members of organised Labour, the leadership of the union will not hesitate to call on all our members throughout the nation for a total shut down of all our services in the upstream, midstream and downstream sectors of the oil and gas industry.
“In the light of the above, we are therefore putting all NUPENG members nationwide on red alert and may at very short notice of five hours call for a nationwide industrial action if situation arises.”