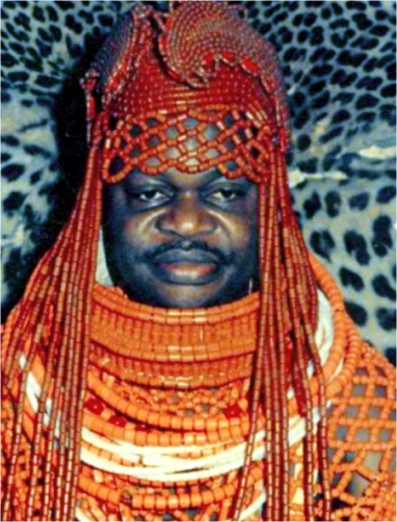 A grand state funeral is to be held in honour of late  Oba of   Ogbaland, Dr. Chukumela Nnam Obi II,  who died recently at the age of 80.

Governor of Rivers State, Nyesom Ezenwo Wike said the revered king who reigned as Oba of Ogbaland for 50 years and served three times as the chairman of the Rivers State Council of Traditional Rulers, would  be given full State funeral.

The governor made the announcement when the family of the late king, chiefs and opinion leaders from Ogba-Egbema-Ndoni Local Government Area led by the late king’s son, His Majesty, Nwachuku Nnam Obi III, visited him at the Government House, Port Harcourt on Wednesday to formally inform the State government of the death of the late king.

Governor Wike, who recalled moments he spent with the late  king,  described him as an enigmatic monarch who made the state proud in terms of  promotion of the culture and tradition  of his people.

According to him, the late Oba of Ogbaland  was not only a man who cherished tradition, but was also an embodiment of knowledge.

The governor commiserated with the  people of Ogba, the immediate family of the late Oba and declared that his demise was a loss to the entire state and the nation.

“As a people we will miss his fatherly advice. God will give all of us the fortitude to bear the loss of a great man of Rivers state. As a former member of Rivers state traditional rulers council it is incumbent that the state must play a role in his funeral.”

As the preparation for the funeral of the king gets underway, the governor said the State government would appoint people to liaise with his family for a hitch free State burial. According to him, everything must be done to give the late  Oba a befitting burial because he had served the state and the nation meritoriously.
Wike sued for peace in Omoku and the entire Ogba kingdom. He called for unity, cooperation within the immediate family, Omoku town and the entire Ogba kingdom.

Leader of the Ogba delegation and son of the late king, His Majesty, Nwachuku Nnam Obi III, explained that they were in the Government House to formally inform the governor and state government of the death of his father.

“Your great friend, one who stood almost like a mentor to you and who stood by you through trying times, my father, His Eminence, Sir Dr Chukuemela Nnam Obi, the leader of our people, has passed on.

“His passing is going the natural way that all men must tread to return back to the maker when your assignment is due. That is why with mixed feelings, with the pomp and pageantry that begets the passing of such a person, that we are here to tell you officially as the leader, the father of Rivers State that he is no more.”

He said that his father who had  been there times chairman of the State Council of Traditional Rulers served the nation in various capacities over the last 50 years plus, deserved a befitting burial  and the family would  be depending on the state to achieve this.

Nman Obi III thanked Governor Wike for his developmental strides across the state. According to him, the people of Ogbaland are beneficiaries of his legacy of leadership.

“We need to say thank you as a kingdom for the many things that you have done to impact the lives of our people.”