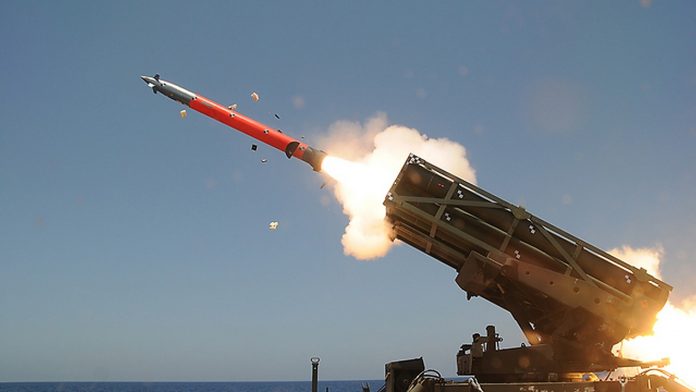 Israel’s security cabinet unanimously voted to approve an Egyptian proposal for an unconditional, bilateral truce, Prime Minister Benjamin Netanyahu’s office said in a text message. The cease-fire took effect at 2 a.m. Friday to stop fighting that had devastated large swaths of the Palestinian enclave and sowed chaos in Israel.
As cries of “Allah Akbar,” or “God is the greatest,” blasted from loudspeakers of mosques all over the Gaza Strip, tens of thousands of people took to the streets to celebrate.
Bloomberg reports that footage broadcast by the Arab networks including Al-Jazeera showed large gatherings of people in Gaza and other Palestinian cities who were chanting, honking horns, launching fireworks and shooting in the air.

At least 232 Palestinians and 12 people in Israel have been killed in the violence. Efforts to end the hostilities intensified after the U.S. raised pressure on Israel on Wednesday to dial back its onslaught. U.S. Secretary of State Antony Blinken said he would travel to the Middle East in the coming days to meet with officials from both sides including his Israeli counterpart Gabi Ashkenazi, who confirmed the cease-fire agreement in a phone conversation.

Throughout the fighting, militants pounded Israel with thousands of rockets that spread chaos in large parts of the country and sent people scurrying repeatedly for shelter. The violence was the most bruising since the enemies fought a 50-day war in 2014.

People wave Palestinian flags as they celebrate in front of a destroyed building in Gaza on May 20.

The truce alone will do nothing to address the root causes of the Israeli-Palestinian conflict, making future cycles of violence likely. In a statement welcoming the halt in fighting, Palestinian Prime Minister Mohammad Shtayyeh said his government would submit Israeli “crimes committed against children and women” to the International Criminal Court.

Peacemaking between Israel and the internationally-recognized Palestinian Authority broke down seven years ago, and Hamas and some other groups say armed resistance is required to win back land and rights. Israel, along with Egypt, has blockaded Gaza since Hamas took control there in 2007, confining more than 2 million people to the tiny sliver of land.

While the Biden administration has underlined traditional U.S. support for a two-state solution to the Israeli-Palestinian conflict, it has indicated that it doesn’t plan to invest heavily in trying to resolve the conflict. And the wholehearted embrace of Israel by former President Donald Trump has left Palestinians wary of U.S. mediation.
President Joe Biden praised the accord in an address from the White House Thursday, reiterating his earlier statements that he believes in Israel’s right to defend itself. He also vowed to help replenish the Iron Dome missile defense system Israel deployed to stop Hamas’s rocket attacks and said the U.S. would remain engaged in diplomatic outreach to prevent more conflict.

”I believe the Palestinians and Israelis equally deserve to live safely and securely and enjoy equal measures of freedom, prosperity and democracy” Biden said. “My administration will continue our quiet relentless diplomacy toward that end.”

The hostilities erupted after weeks of clashes between Palestinians and Israeli security forces in East Jerusalem, the holy city at the heart of conflicting sovereignty claims. As fighting escalated, it spilled over into deadly clashes inside Israel between Arab and Jewish citizens that were the fiercest in decades.

Although the violence has been quelled by a heavy security presence, underlying Arab grievances over discrimination and Jewish mistrust over allegiance still fester and will pose a challenge to Israel going forward.

Israel appeared intent on inflicting maximum damage in Gaza, launching waves of strikes against underground cross-border tunnels designed for infiltration, rocket stockpiles, militant command centers and a network of subterranean corridors used for combat transport, weapons storage and as hideouts. High-ranking Gaza military commanders and intelligence figures were a major target, and Israel says it has assassinated more than a dozen.

The devastation was greater than any wrought in the three previous wars Israel waged in the territory. While it refrained from a ground invasion, hundreds of aerial bombardments compounded by artillery and tank fire leveled or damaged hundreds of buildings and shattered roads. Power, water and sewage systems were all disrupted, in part, Israel says, by Gaza rocket fire that fell short.

Some of the attacks took place at refugee camps, hospitals and schools, where Israel accuses Hamas of using human shields to try to protect its military operations. Palestinians say many of the victims were civilians, including dozens of children.

Israel, too, suffered uniquely intense rocket fire that terrorized millions of citizens and disrupted daily life. Dozens of houses were damaged as more than 4,000 rockets launched by Hamas eluded the Iron Dome system that mitigated the lethality and damage of the fire.

While ordinary Palestinians and Israelis have suffered, leaders on both sides emerge from the conflict in a stronger position.