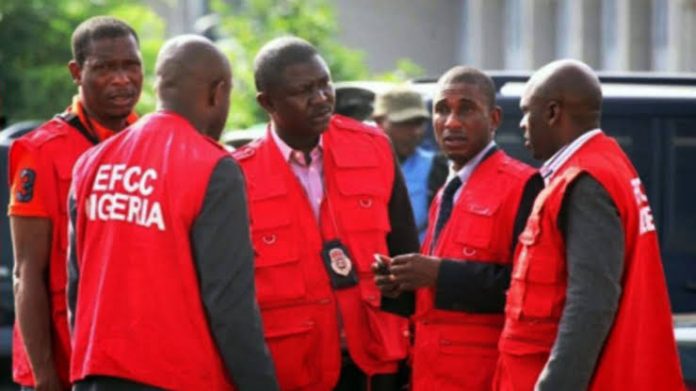 Chairman of the Economic and Financial Crimes Commission, Abdulrasheed Bawa, has said that the agency recovered over N1bn from the bank account of a civil servant last week.

Appearing before the Senate committee on Finance at the National Assembly, Bawa said there were leakages that need to be plugged in the ministries, departments and agencies.

The Senate panel is probing the internally generated revenues of about 600 MDAs and checking to see their level of compliance with rules and regulations.

Bawa revealed that as much as the country needed to generate revenue to finance various projects, more efforts should be put into plugging leakages in the system.

He said, “It is good for us to observe for now and wait for your committee to conclude its work so that whatever report you have and anyone that your committee decides, we are ready to take it up from there.

“We have recovered over N1bn sitting in the account of a civil servant last week.”

Bawa expressed worry that many government agencies do not have audit reports since they were established.

On his part, Solomon Adeola, Chairman of the Senate Finance Committee, said it was wrong for MDAs to spend the revenue they generated and still obtain funding from the Federal Government.

“The practice is for them to spend generated government revenues illegally while still collecting funds from the government that has to resorts to borrowing to fund them,” the senator representing Lagos West said.