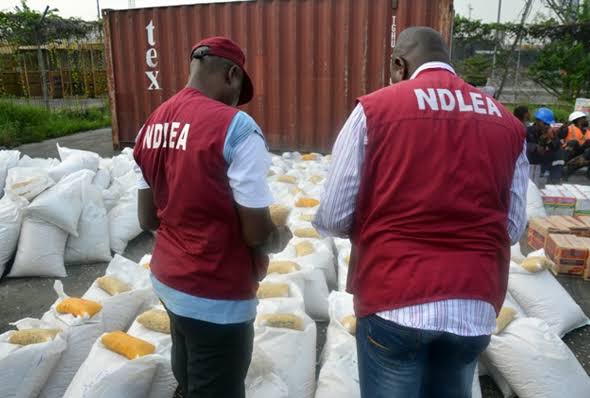 The Federal Government has urged world leaders to strengthen international cooperation as part of efforts to successfully combat terrorism, drug trafficking and other forms of crimes.

In a statement on Friday by the National Drug Law Enforcement Agency, Chairman of the group, Brig. General Mohammed Buba Marwa (retd), presented Nigeria’s position at a conference by the United Nations Commission on Crime Prevention and Criminal Justice in Vienna, Austria.

Marwa said, “It is also imperative to keep an eye on, and control the proliferation of illicit traffic in narcotic drugs, psychotropic substances and other substances of abuse that serve as conflict multipliers leading to escalation of both the scope and intensity of violent activities. Nigeria is also worried about the existing and growing links between terrorism and other forms of crime such as corruption, illicit financial flows, money laundering, illicit trafficking in drugs, cybercrime, trafficking in persons and smuggling of migrants.

“We, therefore, call on states to strengthen international cooperation to combat these links by providing information, intelligence sharing, mutual legal assistance, logistics support and military cooperation and other forms of technical assistance to enhance the capacity of security personnel to combat this new and ugly phenomenon.

“Nigeria urges all states, once again, to make sincere efforts, to address the root causes, which include; poverty, economic deprivation, inequality, drug abuse, and other socio-economic factors. These factors have been found to be indirectly responsible for the increasing incidences of terrorism and other forms of crimes.

“Nigeria notes with great concern the incidence of illicit financial flows, which go through the financial systems annually, particularly from developing to developed economies. To dissuade the perpetrators of this anomaly including financial institutions who act as enablers, state parties should ensure that illicit financial flows, when tracked, do not remain in the custody of enabling financial institutions but should be transferred into escrow account, preferably in development banks pending return to countries of origin. In this regard, we call for the implementation of the recommendations of the FACTI panel in support of asset recovery and the agenda 2030 for sustainable development.”