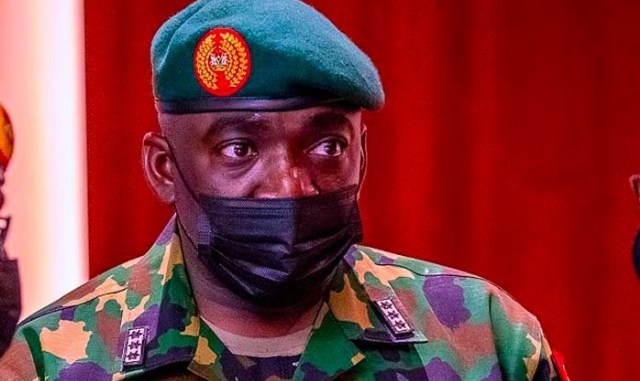 Ekiti State Governor, Dr Kayode Fayemi, has expressed condolences on the death of the Chief of Army Staff, Lt. Gen. Ibrahim Attahiru and some senior military personnel in an air crash on Friday, describing it as a national tragedy.

The Governor while reacting to the news of the death of the Army Chief and his entourage said it was a black Friday for the country as 11 gallant officers fell, making the third of  such disasters  involving military aircraft in the last few months.

Fayemi in a statement described the late Chief of Army Staff as a patriotic and fearless officer who was always ready to go the extra mile to protect the sovereignty of his beloved country, a quality that was the hallmark of his military career.

The Governor said the late General Attahiru, who resumed office as COAS in January, brought in a fresh hope in the fight against insecurity and insurgency in the country; adding that the COAS’ determination had emboldened the military personnel and spurred them on to reclaim some territories hitherto lost to the terrorists.

The Ekiti State Governor said he was not surprised at the feat recorded by Attahiru within his very short stint as COAS; stressing that the deceased had earlier proved  his worth in previous assignments including as Commander of the Operation Lafia Dole in the North- East.

Fayemi prayed to God to console the families of the COAS and 10 other military personnel who died in the crash and grant them the fortitude to bear the irreparable loss.

“The Government and good people of Ekiti State express deep condolences to the President and Commander-in-Chief of the Nigerian Armed forces, President Mohammadu Buhari, immediate and extended family members of the late General Attahiru and other military officers who died in the crash.

“We also pray to Almighty Allah to grant the families of dear departed the fortitude to bear the irreparable loss.”, the Governor said