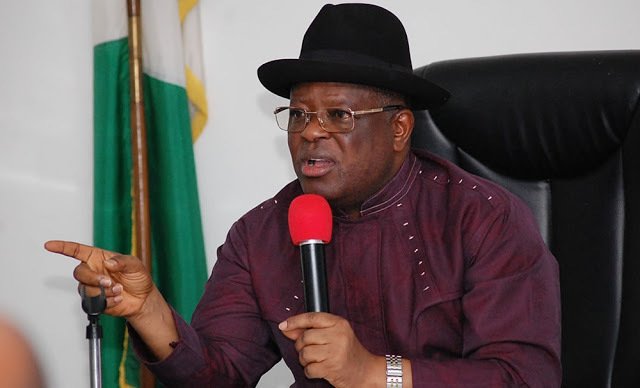 Governor of Ebonyi State, David Umahi, has called on the Federal Government to carry out a thorough investigation to ascertain factors that led to Friday’s jet crash that killed Nigeria’s Chief of Army Staff, Lt. Gen. Ibrahim Attahiru, alongside 10 other military personnel.

Governor Umahi said this by his media aide, Nwaze Francis, on Saturday.

The statement read, “We are saddened by the unhealthy news of the air crash leading to the death of Nigeria’s Chief of Army Staff and other crew members onboard on Friday.

“The development is not only shocking but also a national disaster of monumental and colossal loss. While we urge the Federal Government to immediately commence investigation into the matter, we pray God to grant the departed rest in his bosom.

“While praying God to grant the departed military officers rest in his bosom, Governor Umahi asked God to furnish families of the fallen patriots with fortitude to bear the loss.”