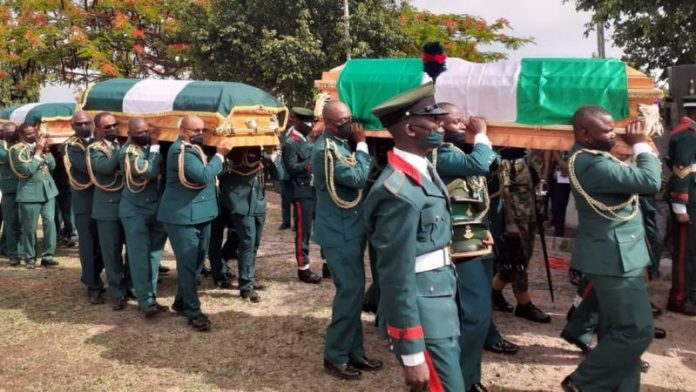 A former aide to ex-President Goodluck Jonathan, Reno Omokri, has called out President Muhammadu Buhari for not attending the burial of Chief of Army Staff, Lt. Gen. Ibrahim Attahiru, which took place in Abuja on Saturday.

Omokri in a tweet posted on his verified Twitter page on Saturday described Buhari’s absence as ‘sad’.

He tweeted, “Sad that President Muhammadu Buhari did not attend the burial of the late Chief of Army Staff, (Lieutenant) General Attahiru. He was represented by his Defence Minister (Maj. Gen. Bashir Magashi (retd.).

“Attahiru died serving Nigeria. Buhari, who went to Paris for four days, could not go to Attahiru’s funeral for 30 minutes.”

Attahiru and nine others died on Friday after a jet they were travelling in crashed in Kaduna State.

The late CoAS took over his last position in this year after President Buhari relieved service chiefs including Tukur Buratai of their duties.