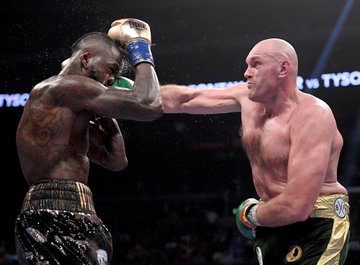 In an interview with ESPN, he said,  “I’ve got to beat up Deontay Wilder a bit better than I did last time, because he didn’t get a good enough hiding last time.

“This time I’m going to really double, double, treble smash him, 100 per cent [I’ll fight Joshua]. AJ’s got a big mouth and no substance.

“He says I’m the one that does all the talking, but if I didn’t talk boxing would be stone dead because I’m the only character alive left in it.

“Let’s say that for a fact. [The Joshua fight] happens this year.
“I’m gonna deal with this mug, Deontay Wilder, I’m knocking him out cold, and then I’m going to deal with the other guy straightaway.”