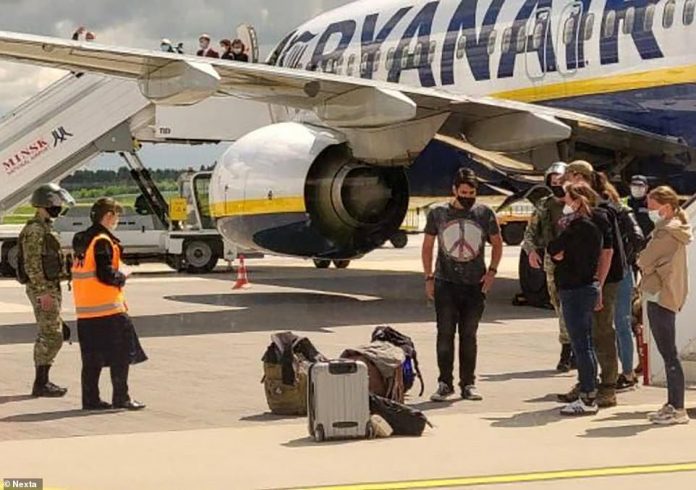 UK airlines have been told to avoid Belarus airspace ‘in order to keep passengers safe’ after the ‘state-sponsored hijack’ of a Ryanair flight to detain a dissident journalist.

Foreign Secretary, Dominic Raab, said further sanctions were being considered against the Alexander Lukashenko administration and Belarus’ ambassador in London had been summoned for a dressing down.

Journalist Roman Protasevich, a 26-year-old prominent critic of Lukashenko’s regime, was on board the flight from Athens to Vilnius when it was forced to change course on Sunday to head for Minsk after a bomb scare, escorted by a MiG fighter jet.

Ryanair boss Michael O’Leary said it was a ‘state-sponsored hijacking’ and claimed agents from Russia’s KGB were also on board the flight.

It follows Russia voicing its approval of the ‘hijacking’ of the Ryanair flight, with the country’s Foreign Minister Sergei Lavrov saying Minsk was taking an ‘absolutely reasonable approach’ to the detention of Protasevich.