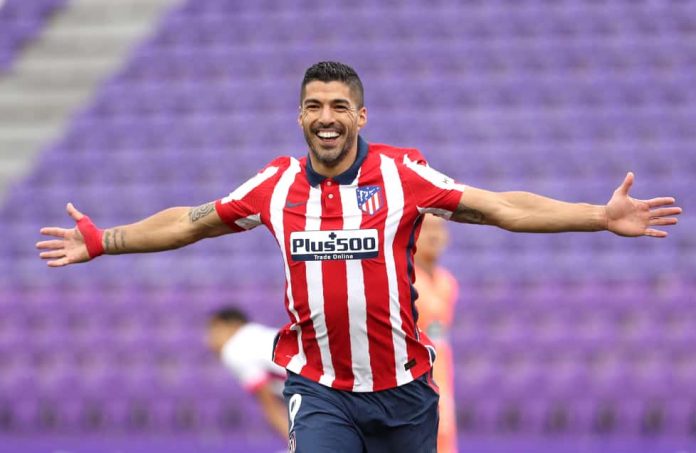 Uruguayan international Luis Suarez has said that he desires to remain at Atletico Madrid for at least another season.

Suarez, who scored the title-winning goal for Atletico Madrid in their last game of the season on Saturday, said this in an interview with Movistar.

Rumours swarming in recent weeks had linked the former Barcelona striker to a move back to Merseyside, with many expecting him to return to Liverpool, his old club.

However, El-Pistolero has said that he intends to remain with Atletico for one more season despite having a clause in his contract that would allow him to leave on a free deal this summer.

When asked about his future with the club, Suarez said, “Yes, I’m sure (I’ll stay). Atletico welcomed me from the minute I arrived. I asked the club if there was room for me on the museum wall to make history at Atletico.”

Suarez was the focal point of Atletico’s title run this year – the striker helped the team to a first La Liga title in seven years, scoring 21 times in the league season.

Barcelona sold Suarez to Atletico Madrid for a paltry ￡7m last year in a bid to discard the seemingly declining forward.

However, that deal backfired on Barca, who finished third in the La Liga top flight behind Atletico and Real Madrid this year.

Atletico coach, Diego Simeone, has also disclosed that he intends to sign a new contract with the club.

Simeone is already the highest-paid coach in the world, earning a salary of €42m annually.