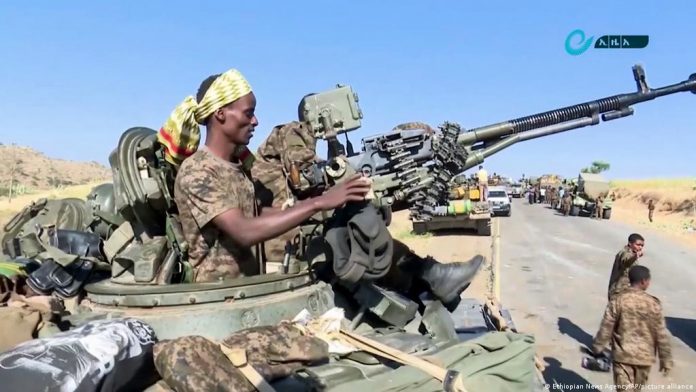 The United States has announced visa restrictions on Ethiopian and Eritrean officials accused of increasing the six-month-old war in Ethiopia’s Tigray region, saying those involved had “taken no meaningful steps to end hostilities”.
US Secretary of State Antony Blinken said on Sunday it was also imposing curbs on economic and security assistance to Ethiopia but humanitarian aid in areas such as health, food and education.

“People in Tigray continue to suffer human rights violations, abuses, and atrocities, and urgently needed humanitarian relief is being blocked by the Ethiopian and Eritrean militaries as well as other armed actors,” Blinken said in a statement.
“Despite significant diplomatic engagement, the parties to the conflict in Tigray have taken no meaningful steps to end hostilities or pursue a peaceful resolution of the political crisis.”
Al jazeera reports that thousands have been killed and hundreds of thousands more forced from their homes in the Tigray region since November when Prime Minister Abiy Ahmed sent troops to detain and disarm leaders of the regional ruling party, the TPLF. 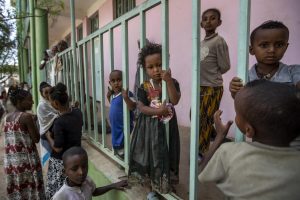 Blinken said the restrictions aimed at “current or former Ethiopian or Eritrean government officials, members of the security forces, or other individuals – to include Amhara regional and irregular forces and members of the Tigray People’s Liberation Front (TPLF) – responsible for, or complicit in, undermining resolution of the crisis in Tigray.”

Thousands have been killed and hundreds of thousands more forced from their homes in the Tigray region since November when Prime Minister Abiy Ahmed sent troops to detain and disarm leaders of the regional ruling party, the TPLF, after alleged attacks on army camps.

READ ALSO: Protesters block Abuja-Kaduna Highway, demand end to kidnapping, banditry
Ethiopian troops and soldiers from neighbouring Eritrea have been accused of massacres and killings in their fight against the rebel group.
“The United States condemns in the strongest terms the killings, forced removals, systemic sexual violence, and other human rights violations and abuses,” Blinken said.
“We are equally appalled by the destruction of civilian property including water sources, hospitals, and medical facilities, taking place in Tigray.”
Blinken warned that should those responsible for undermining a resolution of the Tigray crisis fail to reverse course, they should anticipate further actions from the US and the international community.

The US called on the Ethiopian government to meet public commitments to hold accountable all those responsible for human rights violations and abuses, to protect civilians and to ensure unhindered humanitarian access, Blinken said. He also urged the “Eritrean government to live up to its public commitment and immediately return its troops to internationally recognised Eritrean territory.”

Ethiopia’s government has come under increasing pressure from the international community to demonstrate accountability as reports of atrocities in Tigray mount. The European Union has suspended budget support payments amid reports of brutal gang rapes, mass killings of civilians and widespread looting in the northern region.
Ethiopia says it is committed to investigating human rights violations and Ethiopia and Eritrea have promised a withdrawal of Eritrean troops.
The United Nations has said that war crimes may have been committed by all parties involved in the conflict.