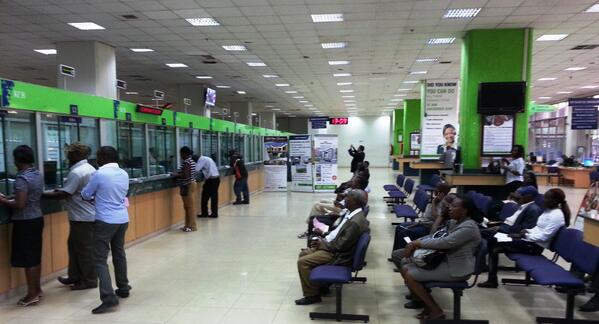 Almost 36% of adults  did not  have any kind of bank accounts at the end of 2020, according to EFInA, a U.K.-backed development organization that seeks to bolster inclusive finance in Nigeria.
The figure was little changed from two years ago and well above the government’s goal of cutting the proportion of nationals without financial access to 20%, which it set in 2013.

Nigeria is seeking  to bring more of its citizens into the formal financial sector as part of efforts to modernize the economy, bolster tax collection and cut back on informal jobs that often exploit workers. It has licensed banks, wireless carriers and technology companies to offer services as part of efforts to broaden access, especially for the two-thirds of the population that live outside of cities.

Bloomberg reports that Job losses tied to the pandemic and social distancing measures hurt efforts to broaden access to banks, EFInA said. Young adults are more excluded than older adults, with 47% of people in the age brackets of 18 to 25 lacking access to financial services, according to EFInA in a report on Thursday. Financially excluded are predominantly dependents, reside in rural areas and have low education, it said.
“Growth in digital financial services, agent networks and mobile phone ownership now at 81% highlights the opportunity to drive faster financial inclusion,” EFInA said. “At the current rate of progress, the national financial inclusion strategy targets for 2020 will not be met until around 2030.”