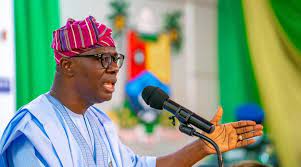 Lagos State governor, Babajide Sanwo-Olu, has said that if social media giant, Twitter, had established their African headquarters in Nigeria instead of Ghana, matters would have been handled better.

The Lagos governor said this in a chat with Arise TV on Monday morning.

On Friday, the Federal Government announced an indefinite suspension of Twitter operations in the country, claiming that the platform had been consistently used to undermine Nigeria’s corporate existence.

Subsequently, Telcos were instructed to block access to the platform and media sources have also been directed to deactivate their Twitter accounts or face sanction.

Sanwo-Olu said that the Federal Government could have taken a better approach in handling its disagreement with the microblogging platform.

He said, “Federal Government can handle this a lot better. Because of the number of e-commerce, the number of youths doing digital stuff on the Internet, and we cannot throw that away and say it’s not happening. I believe there could be a lot of restraint and better management from both sides.

“On both sides, there are issues that can be resolved between Twitter and the government, and I think what they’ve done is not a ban but a suspension like they said, so in the period of suspension, let us sit down.”

However, the governor went on to suggest that Twitter’s decision to establish a headquarters in Ghana instead of the more socially active Nigeria may have contributed to how the situation has been managed.

“Probably if they have an office here, things would have been done a lot quicker and better.”

Recall that on April 12, 2021, Twitter announced Ghana as the location for its regional headquarters in Africa.

It said “Ghana is a supporter of free speech, online freedom, and the Open Internet, of which Twitter is also an advocate”.