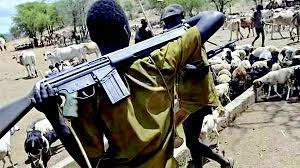 No fewer than 40 persons have been reportedly killed in Benue State by suspected herdsmen.

According to reports, the armed men attacked Odugbeho, a town in Agatu Local Government Area of the state on Sunday night, and left the community in anguish.

Benue State Police Command spokesperson, DSP Anene Catharine, could not confirm the attack to newsmen, as she disclosed that they were yet to receive any report on the incident.

READ ALSO: FG invites US, UK envoys, others over comments on Twitter ban

The senator condemned the attack on his constituency, lamenting the incessant killings in the area.

He wrote, “I’m deeply saddened by the attack on Odugbeho community in Agatu LGA on Sunday, which claimed over 40 lives of my constituents. This is highly condemnable and very unacceptable.

“For how long will this carnage continue unabated in Benue South? Enough should be enough.”