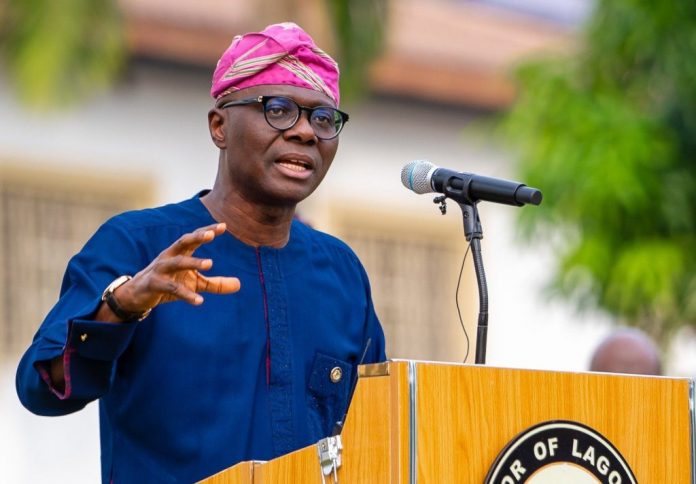 Lagos State governor, Babajide Sanwo-Olu, on Monday ruled out the breakaway of Nigeria, saying there was strength in number while calling on over 200 million Nigerians to utilise the numerical strength and the beauty of diversity of the West African nation to foster economic prosperity and political stability.

The governor, however, stressed that it was important for fairness and equity to take their rightful places in the governance of the country so that no group was aggrieved or felt sidelined in the running of Nigeria.

He stated this on Monday while featuring on Arise TV’s ‘The Morning Show’ programme.

Secessionist calls have increased across the country especially in Southern Nigeria.

From the Indigenous People of Biafra to agitators of Yoruba nation, amongst others, the separatist calls rise, fuelled by the unprecedented insecurity in the country as well as the supposed nepotism and unequal distribution of economic resources by the regime of the President Muhammadu Buhari in the last six years.

IPOB leader, Nnamdi Kanu; former Niger Delta militant, Mujahid Asari-Dokubo; and Yoruba rights activist, Sunday Adeyemo also known as Sunday Igboho; have been at the forefront of the secessionist agitation in the country.

Igboho recently led Yoruba nation rallies in the South-West states of Osun, Ekiti, Ondo, amongst others.

Speaking on Monday, Sanwo-Olu, who is one of the six governors in the South-West geopolitical zone, said he is going nowhere, adding that he remains committed to one united and prosperous Nigeria where fairness and equal distribution of resources is the order of the day.

The Lagos state governor, who came into power in May 2019 on the platform of the President’s party, the ruling All Progressives Congress, said, “We are talking about separatists. I have only one passport, there is nowhere I am going. We are here, we cannot continue to gloss over it and talk about we want to break away. Even if any breakaway will start, it will end on a table, so, let’s create that table amongst ourselves and start talking.

“It is not by saying that we want to go (our separate ways). Oduduwa nation, when they come, they will now realise that even Egba, Ijebu and Ekiti, they also want to break away, they will never see an end to that because every clan and every race will also want something and that is where it is difficult.

“There is strength in number, let us utilise that strength and be able to work for all of us. It is when it is not working and it is perceived as nepotism, that is when people agitate. If we are fair and have a seat for everyone, we can take this country forward. Nobody wants a war. We never know how a war will end. Who is going to take us? Over 200 million people? Please, let’s be sincere and be real with ourselves.”

Furthermore, Sanwo-Olu urged the National Assembly which is in the process of amending the 1999 Constitution to implement the desires of the people.

He said, “Let’s commend the leadership of the National Assembly and let us hope that they will take these commendations and this big, bold step to a logical conclusion.”

The governor called for fiscal federalism, devolution of power, restructuring, amongst others to allow the sub-nationals to function optimally.

“The Federal Government is really just too big. Let’s just say it. It’s got over a thousand agencies. It’s big and it really doesn’t have a state; it is still federal.

“Let us know what the sub-nationals can do. The state governments, the local governments, they are closer to the people; let them be able to deal with these issues (while the Federal Government) deal with what is uniting all of us – foreign affairs – internal security, let’s do it,” he stated.