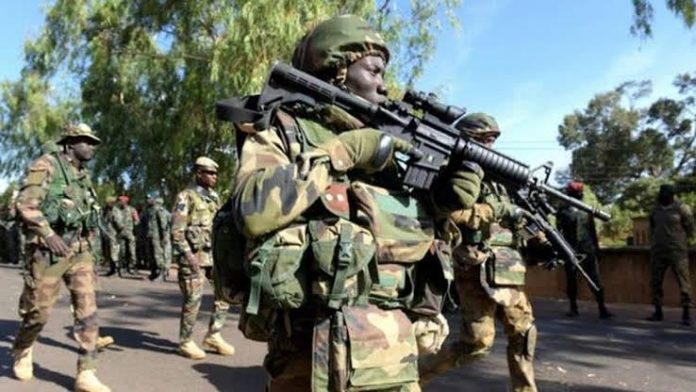 The Christian Association of Nigeria, South-East Zone, has condemned the indiscriminate arrest and killing of youths by security agencies in the region.

CAN said this on Monday in a statement by the zone’s Chairman, Bishop Goddy Okafor.

Bishop Okafor said the Christian group was not happy with the silence of South-East governors over what he called the excesses of security operatives in the zone.

He said, “No day passes now without one form of report or the other on the arrest and killing of innocent youths by security agents who claim to be hunting for unknown gunmen.

“It now appears that every youth in the South-East now wears the tag of unknown gunmen. This is sad and should not continue.

“We have had cases of people killed with reckless abandon by these security agencies, including a young girl sent to her early grave at the Imo State Government Gate, another young man murdered for ‘violating check-point rule’, whatever that means, and just recently a Germany-based Nigerian brought down on his way to the Owerri Airport.

“The list is endless. This is not to talk of tens of youths arrested everyday and kept incommunicado, nobody knows whether they are dead or alive.

“It has now become imperative to not only caution the security agencies but to also ask our Governors to speak up. Their silence is not good at all, because they swore to protect their people.

“In the North-East where Boko Haram is wreaking havoc everyday, killing security forces everyday and bandits kidnapping hundreds of school children, has every Northern youth been tagged Boko Haram or bandit? Why has the South-East been singled out for this onslaught? We say enough is enough.”

Okafor urged the South-East governors to begin total implementation of the ban on open-grazing, saying “despite the Asaba Declaration, cattles are still grazing openly in every part of the South-East. The governors should stop barking without biting.”