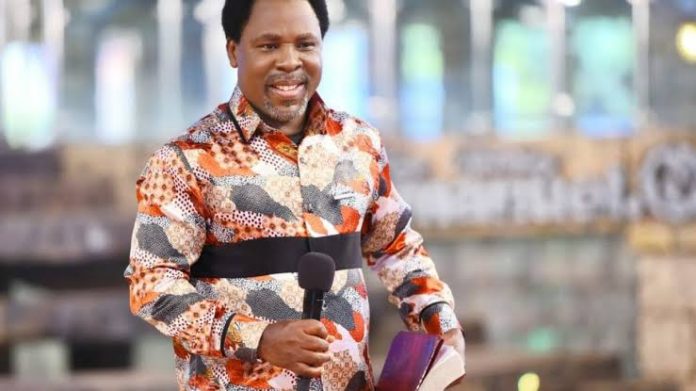 More than 72 hours after the death of founder of the Synagogue Church of All Nations, Prophet Temitope Balogun Joshua, the Christian Association of Nigeria on Tuesday expressed condolences to his family and SCOAN congregation.

The condolence which observers believed was belated, came following global condemnation of its silence among Christendom and several organisations in the social media.

Critics wondered why CAN would commiserate with others but would wait for a long time before making a statement on Prophet Joshua.

President of CAN, Samson Ayokunle, described him as “one of the foremost Nigerian charismatic pastor, televangelist, and philanthropist who devoted his entire lifetime to the propagation of the gospel”.

He said, “The news of the demise of your darling husband, Prophet Temitope Balogun Joshua, who was until his transition at the age of 57 was leader and founder of the Synagogue Church of All Nations came to us amidst great shock and sorrow.

“We are particularly sad because the deceased showed no trace of illness prior to his demise after a church service on Saturday 5th June 2021. We commiserate with you, the children and the entire members of SCOAN on this irreparable loss.

“Prophet T.B Joshua was one of the foremost Nigerian charismatic pastor, televangelist, and philanthropist who devoted his entire lifetime to the propagation of the gospel and ministering to the needs of the downtrodden. He was renowned for his philosophical simplicity and humility. His death is not only a loss to the family and the church, but to Nigeria and the world at large.”