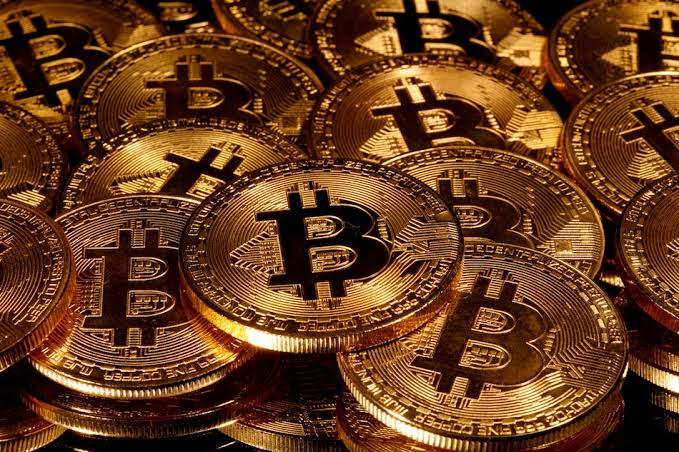 El Salvador President Nayib Bukele has announced that the Central American country is in the process of adopting bitcoin as legal tender: a move that would make El Salvador the first country to deem bitcoin an official national currency.
Forbes reports that  despite El Salvador’s small size, Bukele’s effort is a major milestone in monetary policy history, one with significant ramifications for the global financial system.
At the Bitcoin 2021 conference, Bukele described his legislative proposal as a way to “design a country for the future.” On Twitter, he pointed out that if 1 percent of the world’s bitcoin moved to El Salvador, it would amount to a quarter of the country’s annual economic output.

And Bukele is not engaging in wishful thinking. Each year, Salvadoran emigrants send $6 billion home in remittances, from places like the United States. Indeed, 2.2 million people of Salvadoran ancestry live in the U.S., compared with 6.5 million in El Salvador itself. Today, Salvadoran emigrés’ remittances must travel back through middlemen who take cuts as large as 20 percent. “By using bitcoin,” tweeted Bukele, “the amount received by more than a million low income families will increase in the equivalent of billions of dollars every year.”

70 percent of Salvadorans lack bank accounts, Bukele noted. Because people can transmit bitcoin to relatives and businesses on their smartphones, without the need for a bank account, the move to make Bitcoin legal tender could help achieve the “moral imperative” of financial inclusion, and provide “a space where some of the leading innovators can reimagine the future of finance, potentially helping billions around the world.”

The political party Bukele founded, Nuevas Ideas, controls 56 seats out of 84 in El Salvador’s legislative assembly, the Asamblea Legislativa, making it likely that Bukele’s bitcoin initiative is enacted into law.

In 2001, after a long period of instability, El Salvador replaced the Salvadoran colón with the U.S. dollar. Indeed, dozens of countries either peg their currencies to the value of the U.S. dollar or use the greenback outright, especially those with heavy trade or tourism relationships with the U.S., such as the nations of the Caribbean Sea, and oil exporters like Saudi Arabia and Qatar.

Overall, this system has worked fine for El Salvador, but recently things have taken a turn for the worse. In an effort to blunt the economic effects of the coronavirus pandemic, the U.S. Federal Reserve has dramatically expanded the supply of circulating U.S. dollars, as measured by the M2 money stock, from $15.35 trillion in February 2020 to $20.26 trillion in May 2021. That’s an increase of 32 percent, unprecedented in modern peacetime U.S. history.

From February 2020 to May 2021, the U.S. Federal Reserve has increased the circulating supply of U.S. dollars by a proportion unprecedented in peacetime history.

While the Fed’s extraordinary measures succeeded in pumping more cash into the coffers of U.S. financial institutions, the stock market, and other aspects of the U.S. economy, the same was not true for Salvadorans, whose banks did not receive infusions from the Fed, but did lose purchasing power due to U.S. monetary inflation.

Indeed, Bukele’s proposal states that “central banks [like the U.S. Federal Reserve] are increasingly taking actions that may cause harm to the economic stability of El Salvador…in order to mitigate the negative impact of central banks, it becomes necessary to authorize the circulation of a digital currency with a supply that cannot be controlled by any central bank and is only altered in accord with objective and calculable criteria.” The supply of bitcoin is capped at 21 million units, making the digital currency immune to the types of policy changes that affect the U.S. dollar and other “fiat” currencies.

Bitcoin thought leaders are working with the Salvadoran government

The Salvadoran marriage to Bitcoin has been two years in the making. Bitcoin entrepreneur Jack Mallers, who helped build the Lightning Network to facilitate fast, low-cost bitcoin transactions, has been working with Bukele and other Salvadorans to make bitcoin a feasible means of exchange for everyday purchases.

Another crypto entrepreneur, Adam Back of Blockstream, told CNBC that he “plans to contribute technologies like Liquid,” which like Lightning can speed up bitcoin transactions, “and satellite infrastructure to make El Salvador a model for the world.” Satellites can help rural Salvadorans connect to the internet, and thereby to the Bitcoin network, in places where land-based connectivity is poor.

Mallers has been working to increase Salvadoran adoption of his smartphone app Strike, a Lightning-powered analog to Venmo or Cash App. In 2019, thanks to a anonymous donation, crypto entrepreneurs founded Bitcoin Beach, as a way to pilot in El Salvador a circular Bitcoin economy in which residents and businesses transact entirely in bitcoin, without conversions to and from U.S. dollars.

In a press release, Strike stated “making bitcoin legal tender is a leapfrog moment that can help countries like El Salvador shift from a largely cash economy to an innovative, inclusive, and transparent digital economy where your bank account is your phone.” Mallers described the Salvadoran move as the “shot heard ’round the world” because it would provide “a way to protect developing economies from potential shocks of fiat currency inflation.”

Alongside the potential for Salvadoran emigrants to send remittances back to their home country, the move by El Salvador to make bitcoin legal tender could also attract western and Asian crypto entrepreneurs. “Crypto investors and entrepreneurs will start to move to El Salvador!” tweeted Justin Sun, founder of cryptocurrency platform TRON. “Amazing! Packing now!”

In 2019, according to the World Bank, El Salvador ranked 115th out of 186 countries in annual gross domestic product per capita on a purchasing power parity-adjusted basis, with $9,164. A handful of crypto billionaires moving to El Salvador could transform the country.