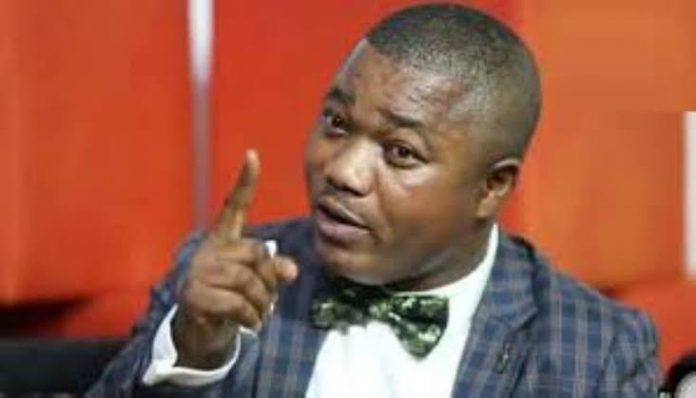 Ifeanyi Ejiofor, counsel to leader of the Indigenous People of Biafra, Nnamdi Kanu, has vowed to reveal details and proof of those behind the attack on his house at Oraifite, Anambra State.

The attackers killed his personal assistant, Mr Samuel Okoro, and abducted his domestic staff during the raid.

Reacting to the incident on Tuesday, he alleged that the assailants were in army, police, DSS and NSCDC uniforms.

He said, “I had waited for 24 hours for those that invaded my home to tell the world their true mission to my home in Oraifite, Ekwusigo LGA, but nothing is forthcoming.

“I have always been more frequent at home for the past few months, not because I was coming for any special ceremony but discussions on achieving lasting peace in our region, which process had yielded appreciable results.

READ ALSO: Nigeria has highest number of African students in America –US Consulate

“Upon my return home on Saturday, 5th June 2021, I was informed that the Catholic ArchBishop of Onitsha Province, Most Rev. Valerian Okeke wanted to see me.

“I honored this invitation where His Grace raised a number of pertinent issues and consequently, commended me for my untiring efforts toward achieving peace in our region. His Grace prayed for me and equally offered further useful advice. We agreed for a formal meeting where major stakeholders will be notified and equally be represented.

“Due to the traffic situation in Onitsha at that time of the day we left the Bishop’s Court, we spent hours trying to maneuver the traffic and got home eventually at about 8:30pm in the night.

“I was worn out after a long journey and decided to shower and sleep, in preparation for another meeting coming up the following morning at 10:00am.

“I was in a deep sleep when the demons struck. The barking of my security dogs and sounds of guns in and around my home could simply tell me that there is danger and unusual movement in my home.”

Ejiofor said though he was in shock, he watched as the attackers unleashed terror on his compound.

“I saw as it all happened, it was like a movie.

“I am broken and traumatized, not that I committed any offence known to law or that Samuel Okoro even did anything wrong, but because he was murdered in the most bizarre, barbaric, brutal and heinous manner.

“I call on the Inspector-General of Police, Chief of Army Staff, Director General of State Security Services and Director-General of Nigeria Security and Civil Defense Corps to immediately  investigate their personnel, who invaded my home, killed, stole and destroyed my valuables.”