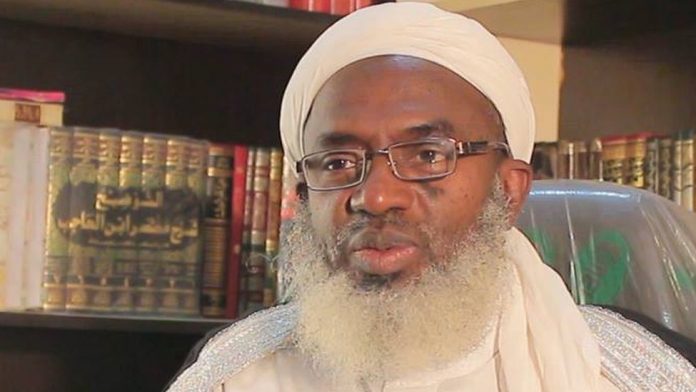 Popular Kaduna-based Islamic scholar, Sheikh Ahmad Gumi, has disclosed that bandits were willing to drop their guns and embrace peace.

Gumi reportedly said this on Tuesday in a chat with journalists.

Bandits have continually carried out killings and kidnappings in various parts of Northern Nigeria.

They have made schools, farms and social activities in the region unsafe.

The Islamic cleric explained that the bandits were yearning for a truce and ready to lay down their arms if they get a genuine partnership from the government.

He said, “Yes, it’s very true that the bandits are tired. The bandits are saying they were pushed into banditry by circumstances.

“If they have a genuine partner, they are ready to stop it; they are tired and want peace.

“As regards their ongoing activities, you realise that even when soldiers are fighting and a ceasefire is declared, it takes a long time before they stop fighting.

“Generally, they are ready for peace, in fact, we have gathered their representatives, discussed with them, and they said they are ready but need a genuine partner. Politics is the cause of this issue.”