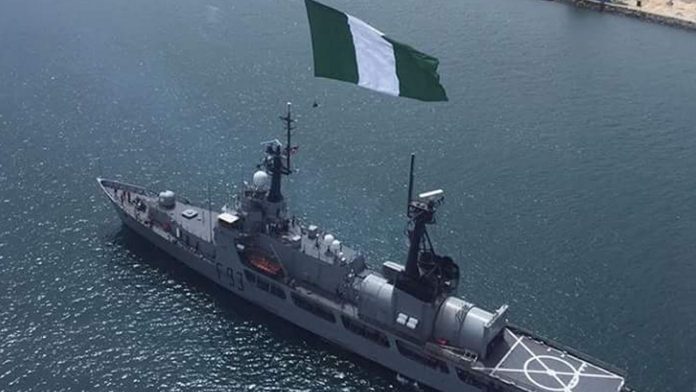 The ship’s construction began about two years ago and when commissioned will replace the first set of LSTs of the NN, NNS AMBE and NNS OFIOM, which were built by HDW German builders in 1978 and later decommissioned.

The new LST has a complement of 32 crew and 250 embarked persons and a length of 100.08m which is powered by two Caterpillar/Cat 3516 C-rating engines and four Caterpillar C-18 generators.

In a statement by the spokesperson for the Nigerian Navy, Suleman Dahun, the Navy said introducing the LST to the NN inventory will bolster sealift capability.

According to Dahun, the new vessel would serve as a critical component of naval power projection for enhanced maritime security in the Gulf of Guinea and beyond.

The statement read in part, “Specifically, it would enhance the transportation of troops, military hardware, vehicles in the conduct of maritime security operations launched from sea as well as supply of relief material during periods of national emergency. Furthermore, the vessel will serve as a critical component of naval power projection for enhanced maritime security in the Gulf of Guinea and beyond.

“In its secondary role, the LST will play a critical role in the protection of maritime assets and preservation of law and order at sea, thus contributing significantly to the promotion of global maritime commerce, peace and safety.”