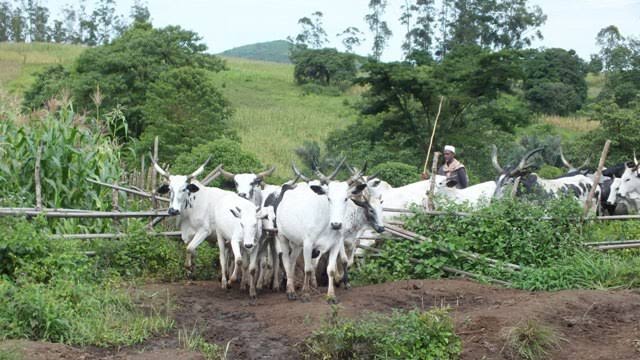 The Bayelsa Livestock Management Committee has impounded 34 cows in Yenagoa, the state capital, for violating the anti-open grazing law.

Open-grazing in Southern Nigeria has since been banned in May by the 17 governors of the region.

Confirming the seizure of the cows, Chairman of BSLMC, Mr David Alagoa, told journalists that the herders came in the night to graze on farmlands belonging to others.

Alagoa said his committee would follow the anti-open grazing law to the letter.

He maintained that the cattle would remain in the custody of the committee until the herders paid the prescribed fine.

Reacting to the development, Deputy Commissioner of Police in charge of Operations in Bayelsa, Mr Aminu Alhassan, said that a lot of sensitisation had been carried out before the committee started to enforce the law.

He said, “The management of the situation is very clear. We were all part of the law that brought about the anti-open grazing and we are very conversant with it.

“We have sensitised everybody and the way we have done it now, even the least person in the business of livestock is fully aware.

“We have just started taking actions to ensure that the law takes its course so that nobody can truncate it.”