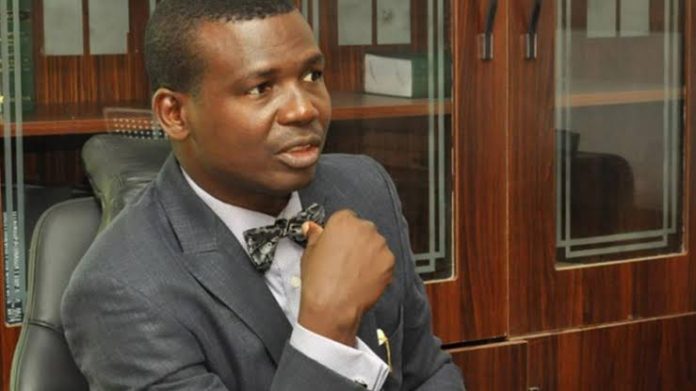 Senior Advocate of Nigeria, Ebun-Olu Adegboruwa, has described as ‘unfortunate’ the silent reaction of the National Assembly on the ban of Twitter in the country by the Federal Government led by President Muhammadu Buhari.

Adegboruwa in a statement on Wednesday said Buhari and his government had failed to uphold the ideals of June 12 with the recent suspension of Twitter in the country.

He said, “It will be hypocritical of the government to claim to celebrate the ideals of the June 12 mandate, when the same government is in gross violation of the freedom of expression by people it claims to govern, through its illegal ban of Twitter and the unwarranted censorship of all media organisations. June 12 represents total freedom, the free expression of the will of the people, justice, equality and respect for human rights.

“The decision of the government to suspend the operations of Twitter and to force media organisations to comply therewith, are contrary to the spirit of June 12.

“As a mark of protest in rejecting the suspension, all Nigerians of good conscience should isolate the government by boycotting all programmes and events that may be slated for the celebration of the June 12 election, until the exit of the present Buhari administration.

“It is unfortunate that the National Assembly could not find its voice in support of the people of Nigeria at this critical time when their rights are being trampled upon with crass impunity, by the executive arm of government.”

President Buhari had last week suspended Twitter operations in the country citing the “persistent use of the platform for activities that are capable of undermining Nigeria’s corporate existence”.

This move has earned government heavy criticism over what many term restriction of the right of expression.

Days after the ban, lawmakers on Tuesday commenced a 10-day investigation into the matter after which they would give an official reaction.