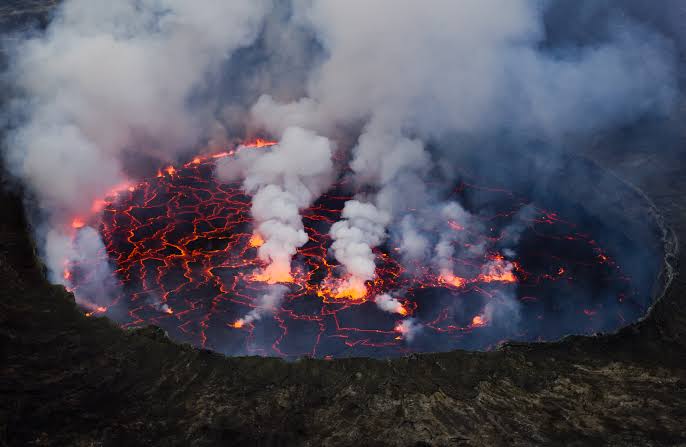 Displaced victims of the Mount Nyiragongo eruption have expressed disinterest in returning to the town despite the Congolese Government’s efforts to reconvene the city’s activities after the disaster.

Recall that on May 22, Mount Nyiragongo erupted, spewing lava in the direction of the city of Goma, which is located 20 km south of the volcano.

On Tuesday, it was reported that the Congolese Government had begun efforts to return displaced persons to the city to begin reconstruction efforts.

However, many residents have expressed dismay and reluctance to go back, stating that they have nothing left in the city.

One resident of Goma, Francine Byenda, said that her house was swept away by the hot lava that flowed from the active volcano.

READ ALSO: Lagos residents groan as roads are blocked during Inspector-General of Police visit on Wednesday

“They are asking us to go back. I don’t have anywhere to go back to. I wonder where I should go back to with the children. I don’t have an answer. They are going to take us like animals in vehicles without telling us where they are really taking us? How am I going to get home?” Byenda, a mother of nine children, lamented.

A government official, Bauma Bulenga, also corroborated observations that many do not wish to return to the dilapidated town.

“Those who do not want to return are displaced people whose houses were burned or fell down following the earthquake. The provincial government has planned for them to stay for a while until the provincial governor can make the necessary arrangements,” he said.

The public has reacted with resentment to the government’s poor efforts in alerting them of the disaster.

The emergency response of the Congolese Government, led by President Félix Tshisekedi, has also been criticised heavily.

Roughly 400,000 out of an estimated 600,000 residents were displaced following the eruption of the volcano.