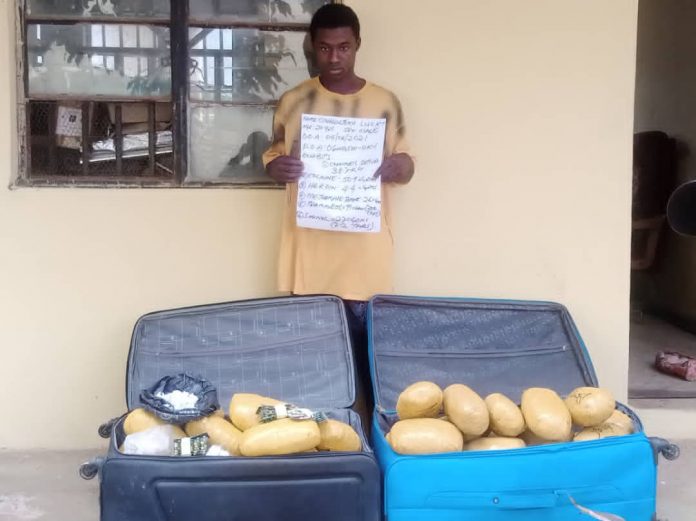 Operatives of the National Drug Law Enforcement Agency have arrested Chukwujeku Lucky, a 20-year-old, for drug peddling in Delta State.

NDLEA’s spokesperson, Femi Babafeni, made tbe disclosure in a statement on Wednesday.

The others arrested in Kwara for drug offence include 31-year-old Martins Okwor Ejiofor, and 33-year-old, Bala Mohammed.

According to the NDLEA, the two men were nabbed with a total of 24.450 kilograms of assorted substances meant to be delivered in Gwada, Shiroro Local Government of Niger State where bandits in neighbouring forest buy from them.

“Martins Ejiofor had travelled to Lagos with the second suspect to procure the drugs and deliver them to dealers in Gwada. 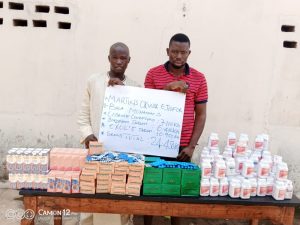 “During interrogation, he confessed that he had been arrested with over 50 kilograms of cannabis sativa and charged to court by the Niger State Command of the agency in 2020. He completed his one-year jail term in March this year and resumed his nefarious illicit drug business.

“Meanwhile, one other suspect, Usman Abass, 38, was arrested with 6.8kg cannabis sativa concealed in a sack containing used clothes, which the suspect bought at Alaba International Market in Lagos. The suspect upon interrogation claimed that one Baba gave him the exhibit to deliver to one Lawali in Daura, Katsina State, before his arrest by a team of the command’s operatives attached to Jebba Area Command during a routine stop and search operation.

“The suspect confessed that he had transported cannabis sativa once to Katsina and that the latest trip was his second.”