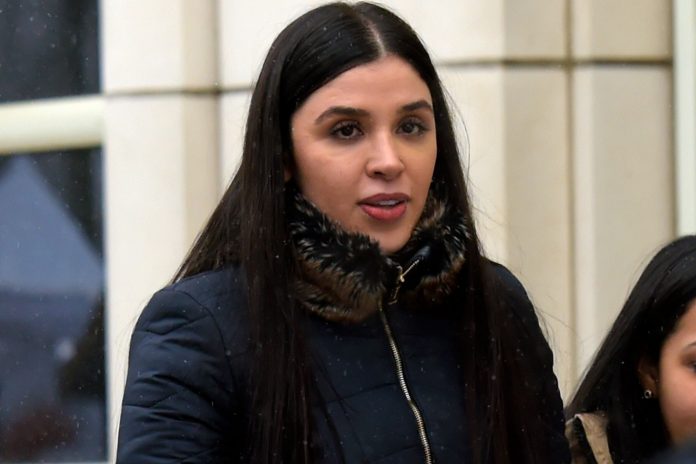 The wife of the incarcerated Mexican drug lord, Joaquin “El Chapo” Guzman, Emma Coronel Aispuro, has agreed to plead guilty to drug trafficking charges in a Washington court, according to a New York Times report.

The complaint also cited her alleged involvement in Guzman’s 2015 escape from a Mexican prison.

Coronel was a regular fixture at Guzman’s 2019 Brooklyn federal trial, appearing nearly every day for the two-month-long trial. Guzman, who formerly ran the Sinaloa drug cartel, was convicted on 10 counts including engaging in a continuing criminal enterprise, conspiracy to launder narcotics proceeds, international distribution of cocaine, heroin, marijuana and other drugs, and use of firearms. He was sentenced to life in prison plus 30 years, and is currently being held in Colorado’s Supermax prison. They are parents to twin girls.

In Guzman’s trial, a cooperating witness testified that Coronel and others worked together to coordinate details of Guzman’s last escape from prison in Mexico and that Coronel would often relay messages from Guzman in prison to others.

The New York Times reported that as part of Coronel’s plea, she would not be required to cooperate with US authorities.