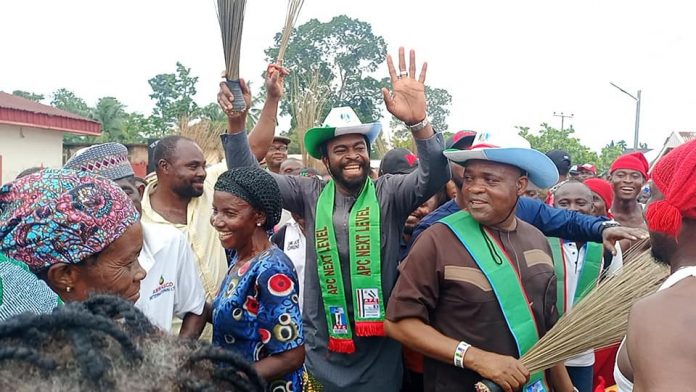 Edward popularly called Prince 7 decamped to the ruling party together with a multitude of his supporters at Usumutong/Abeugo council ward in Abi Local Government Area of Cross River state on Wednesday, June 9.

The Director General – Conference of APC Support Groups, Comrade Obidike Chukwuebuka who was present at the defection ceremony congratulated Prince Edwards on his decision to abandon PDP.

Obidike described his move as a victory for the All Progressive Party in the South Southern part of Nigeria and a plausible confirmation of President Buhari’s unflinching leadership style.

“Our president has yet again been vindicated by the crucial entry of key political figureheads in Cross River state that our president has the popular support and hearts of the Nigerian people, especially those of the South South.” Obidike said.