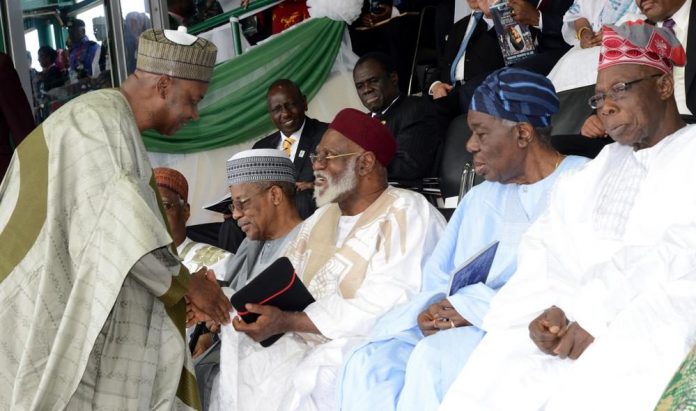 Nigeria’s former President, Olusegun Obasanjo, ex-Head of State, General Abdulsalami Abubakar (retd.); Sultan of Sokoto, Alhaji Sa’ad Abubakar, and former Catholic Archbishop of Abuja, John Cardinal Onaiyekan, and others are set to meet on Thursday in Abuja to discuss the state of the nation.

According to a letter addressed to the President of the Nigeria Labour Congress, Ayuba Wabba, issues such as national unity, security, peace, integration, economic revitalisation, and development will be discussed at the meeting.

The letter read in part, “I am pleased to invite you on behalf of Interfaith Initiatives for Peace jointly led by the Sultan of Sokoto, his eminence Mohammad Sa’ad Abubakar and his eminence John Cardinal Onaiyekan, National Peace Committee chaired by General Abdulsalami Abubakar and Socio-cultural Consultative Committee convened by me and all these bodies called Committee of Goodness of Nigeria, CJN, to an exploratory meeting on pressing issues of national unity, security, peace, integration, economic revitalisation and development, women and youth welfare and general progress.”