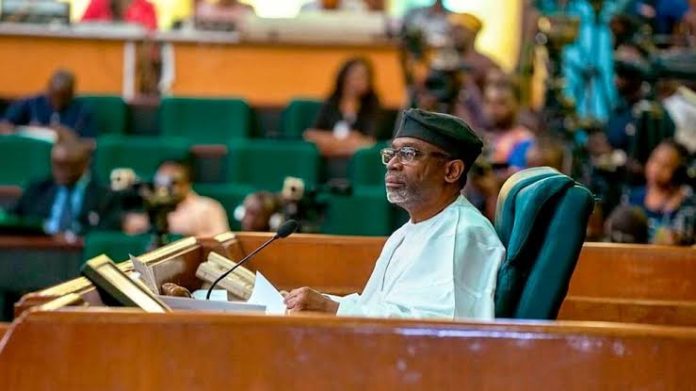 The Bank Employees’ Declaration of Assets Act amendment bill has passed its second reading at the House of Representatives.

The bill, which seeks to mandate the bankers to declare assets of their spouses and children less than 18 years old, will also prohibit them from operating foreign accounts.

The Economic and Financial Crimes Commission had in March ordered those in the banking sector to declare their assets in accordance with the Act, raising questions as to the legality of such directive.

The Declaration of Assets Act requires bank board members, managing directors, general managers, clerks, cashiers, messengers, cleaners, drivers, and any other category of workers to declare their assets.

Shina Peller, sponsor of the bill, said that it had become necessary to expand the scope of the Act regarding those who should declare their assets.

The lawmaker from Oyo state said the Act was “aimed at monitoring the activities of bank employees and customs officers to ensure that their lifestyle reflects their earnings and to discourage them from engaging in corrupt practices.

“However, human society is very dynamic. As society changes, it becomes imperative to amend the laws to reflect the changes in the society for the laws to serve their purposes effectively and efficiently. It is for this reason that I am proposing the amendment to this Act”.

Peller said the bill seeks to extend the application of the Act to employees of other financial institutions including pension funds agencies, insurance firms, stock brokers, among others.

He added that when passed into law, the bill will transfer the responsibility of keeping assets declaration form from the Secretary to the Government of the Federation to the institution’s regulatory body.

He said, “The principal Act applies to employees of the Nigerian Customs Service. With the coming into effect of the 1999 constitution (as amended) on the 29th of May 1999, all public servants, including employees of the customs service must declare their assets to the Code of Conduct Bureau.

“This amendment bill addresses this anomaly by removing the employees of the customs service from employees which the principal Act applies to.

“Under the principal Act, it is only the assets of bank employees concerned which shall be declared in the form. The Act does not apply to the spouse and unmarried children under 18 years of the declarant. This is another loophole of the Act which may be exploited.”

The lawmakers voted in favour of the bill, which has been referred to the House Committee on Anti-corruption.